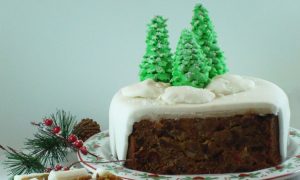 By Maria Zheng
Print
"Hu Jia is a human rights advocate living under a Communist regime. We want to encourage others to persevere under these severe adverse conditions.”

"The European Parliament has awarded Hu Jia the Sakharov Prize because we at the EU Parliament hold the belief that human rights are inviolable and want to send an additional message that we will not give in to CCP pressure."  Trüpel, Europe-delegate from the Greens Party in Bremen, Germany told The Epoch Times.

She indicated that the Chinese had issued warnings prior to the awarding of the prize, threatening this might lead to severing relations between the European Greens unless they refrain from awarding the prize. "But we were fearless," said Ms. Truepel. "We are well-aware of the existence of China's conflicts relating to human rights politics. But we hold different views than the CCP. We are against the one-party system; we support human rights activists; we are for freedom of the press. Our viewpoints mean to clearly express this underlying conflict and call it what it is.  We are convinced of the necessity to voice our critique of the Chinese communist regime's politics, but in spite of this will continue our dialogue."

Trüpel said that she is “keenly aware” of how bad the human rights situation in China is.

"We know that the abuse of human rights became worse prior to the Olympics; that was completely different than what the CCP had committed to – that human rights would improve and that they were awarded the venue because of this deceptive promise. And we must acknowledge that the situation has intensified and has become much worse instead of improving.”

She said there was no freedom of press during the Games, not even for the German press while they were in the German House in Beijing.

“One could not access the Sueddeutsche Zeitung (South German newspaper) without censorship, and neither could one access the FAZ (Frankfurter Allgemeine Zeitung, Germany's largest newspaper). This is an intolerable state of affairs for me."

"The EU-Parliament members consider it vitally important for human rights activists to know that the majority of EU Parliament delegates support their efforts; that they have our support."

"The Chinese invited me to a dinner; their tone was polite but unyielding. They implied that the Greens are now pursuing antagonistic policies with China and accused us of having organized a boycott of the [Olympics] opening ceremonies. Their rhetoric amounted to such preposterous comments of Hu Jia being a criminal and not a human rights activist; that the Europeans would be guilty of causing great harm in their relations between us and China, and that the concerns of 1.3 billion people are at stake; and that they would sever relations if we would not give in to their demands.

"During another conversation between a second new embassy delegate I was told other strange things, apparently because the Greens had demanded that European government leaders should refrain from participating in the games' opening ceremonies: 'Be smart and think carefully if you want to risk endangering the relations between Europe and China,' he said. That was an outright threat! But we will not stop to champion human rights and press freedom in China."

The European Parliament, located in Strasburg, Alsace, awards the annual honor of ideological freedom to an extraordinary individual who fights against intolerance, fanaticism, and suppression. The awards have been handed out since 1988 and honor individuals or organizations who engage themselves in these values.  The ceremony itself will take place December 10th this year, the 50th anniversary of the ratification of the Human rights Declaration at the U.N. The prize carries and honorarium of 50,000 Euros.