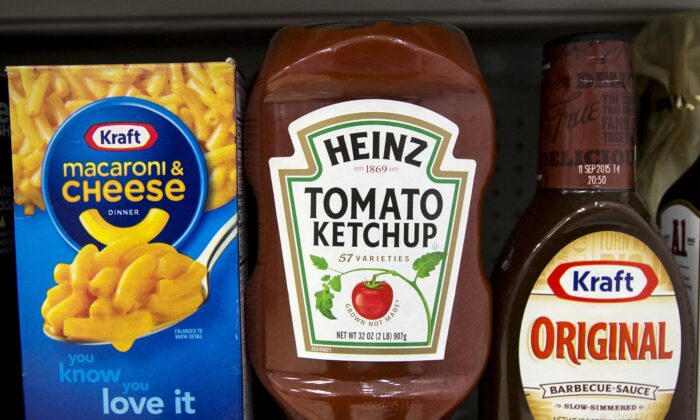 Pennsylvania-based Kraft Heinz company announced Wednesday that effective immediately, it has increased prices in about two-thirds of its U.S. portfolio and is prepared to take additional actions if the cost of manufacturing its products continues to rise.

“We are implementing necessary pricing actions to manage the cost inflation we are currently seeing, including impacts likely to carry into next year,” Global Chief Financial Officer Paulo Basilio said in a prepared statement. “For 2022, we expect to sustain stronger consumption versus pre-pandemic levels and maintain industry-leading margins as we effectively manage costs and continue to invest in our growth strategy.”

The announcement comes just five days after the company agreed to a $62 million settlement with the Securities and Exchange Commission which charged Kraft Heinz with engaging in a long-running expense management scheme that resulted in the restatement of several years of financial reporting.

According to the SEC’s order, from the last quarter of 2015 to the end of 2018, Kraft engaged in various types of accounting misconduct, including recognizing unearned discounts from suppliers and maintaining false and misleading supplier contracts, which improperly reduced the company’s cost of goods sold and allegedly achieved “cost savings.” Kraft, in turn, touted these purported savings to the market, which were widely covered by financial analysts. The accounting improprieties resulted in Kraft reporting inflated adjusted earnings before interest, taxes, depreciation, and amortization (EBITDA) a key earnings performance metric for investors.

In June 2019, after the SEC investigation commenced, Kraft Heinz restated its financials, correcting a total of $208 million in improperly recognized cost savings.

“Investors rely on public companies to be 100 [percent] truthful and accurate in their public statements, especially when it comes to their financials,” said Gurbir Grewal, Director of the SEC’s Division of Enforcement in a statement. “When they fall short in this regard, we will hold them accountable.”

As alleged in the SEC’s order and in its complaint against Hofmann, Kraft failed to design and maintain effective internal accounting controls for its procurement division. As a result, finance and gatekeeping personnel repeatedly overlooked indications that expenses were being improperly accounted for. In addition, Pelleissone was presented with numerous warning signs that expenses were being managed through manipulated agreements with Kraft’s suppliers, but rather than addressing these risks, he pressured the procurement division to deliver unrealistic savings targets. Hofmann approved several improper supplier contracts used to further the misconduct despite numerous warning signs that procurement division employees were circumventing internal controls, and certified the accuracy and completeness of the procurement division’s financial statements when the misconduct was occurring. As a member of Kraft’s disclosure committee, Pelleissone then improperly approved the company’s financial statements.

“Kraft and its former executives are charged with engaging in improper expense management practices that spanned many years and involved numerous misleading transactions, millions in bogus cost savings, and a pervasive breakdown in accounting controls,” Anita Bandy, Associate Director of the SEC’s Division of Enforcement said in a statement. “The violations harmed investors who ultimately bore the costs and burdens of a restatement and delayed financial reporting.”

And without admitting or denying the SEC’s allegations, Hofmann consented to a final judgment permanently enjoining him from future violations, ordering him to pay a civil penalty of $100,000, and barring him from serving as an officer or director of a public company for five years. The settlement with Hofmann is subject to court approval.

Kraft Heinz Global Chief Communications Officer Kathy Krenger told The Epoch Times in a written statement by email that the settlement entirely resolved the SEC investigation “relating to activities in our procurement area prior to 2019.”

“Those activities included misconduct by certain procurement employees who engaged in manipulation of supplier agreements in order to achieve group and individual performance targets tied to bonuses,” she wrote. “The impact of the transactions at issue in the order did not affect the company’s reported adjusted EBITDA by more than 1 percent in any reporting period.”

Krenger wrote that the company “recorded an accrual for the full amount of this penalty in the second quarter of 2021.”