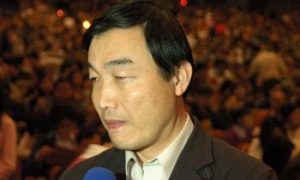 Cultural Affairs Bureau Director: Shen Yun Should Be Recommended to Everyone
0 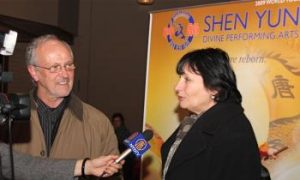 Heidi, Opossum With Crossed Eyes, on a New Diet

[youtube]iziYDSecbkU[/youtube] Heidi the opossum.Heidi, the opossum famous for her crossed eyes, may be placed on a new diet to help deal with the problem that made her famous, according to a report from Reuters on Monday.

Currently living at the Leipzig Zoo in Germany, the overweight marsupial has been placed on a diet of only carrots, lettuce, and lean chicken. The new restrictions are aimed at reducing her weight, the report said.

Zoo specialists think that her weight is the cause of her cross-eyed condition. They believe that fat deposits have formed behind her eyes and caused the condition.

"Heidi has been on a diet since she arrived last May," spokesperson Maria Saegebarth told Reuters. "Her eyes could go back to normal, but at this moment we don't know."

She lost more than a pound after she was taken to the German zoo from the United States.

In the past several months, she has become an Internet sensation with numerous videos and sites dedicated to her. A German resident even dedicated a song to Heidi and her condition.

A Facebook page dedicated to her has more than 290,000 fans.

“I wish her everlasting health and a long life,” a Facebook user posted on the page in German.

And to increase her celebrity status across the world, the German Herald and other media reported that Heidi may travel to Hollywood to make an appearance at the Oscars in February.

“They want her on the show, but she won‘t fly to America. Everything would be done from here,” said Leipzig Zoo head Dr. Jörg Junhold, according to the German Herald.

Heidi the opossum is believed to be two-and-a-half years old.