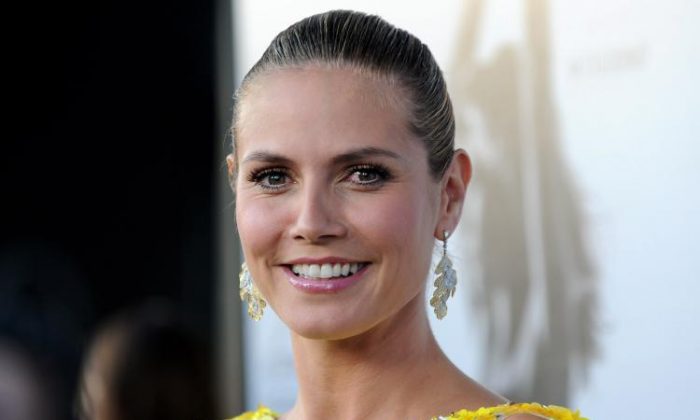 Heidi Klum Unable to Get Coronavirus Test, Is Feeling ‘Feverish’ at Home

Supermodel Heidi Klum wrote to her millions of social media followers that she has been sick for days and is unable to get tested for the new coronavirus, which causes the disease COVID-19.

In an update, the 46-year-old said she was staying at home so she wouldn’t potentially infect anyone else.

“Hi, everyone, I just wanted you to know why I have not been sitting in my ‘America’s Got Talent’ seat,” Klum said. “It started all with like a chill, feeling feverish, cough, runny nose. I’m just not feeling good, so that’s why I’ve stayed home, to not infect any other people.”

The model said she couldn’t get a test for the virus, which emerged in the Chinese city of Wuhan late last year, despite several attempts.

“I hope it’s just a cold. I would love to do the corona test, but there just isn’t one here,” she said. “I tried with two different doctors, and I just can’t get one.”

Several members of Congress have highlighted the lack of testing in recent days.

“There are frustrations with the testing,” Sen. Shelley Moore Capito (R-W.Va.), the chairwoman of the Senate Appropriations Subcommittee on Homeland Security, told reporters on Thursday. “We are going to have—and I suspect are having, and I think they alluded to it in there—a supply chain problem,” Sen. Marco Rubio (R-Fla.) said.

Klum’s remarks came after Academy Award-winning actor Tom Hanks confirmed that both he and his wife, Rita Wilson, contracted the virus in Australia.

“Hello, folks. @ritawilson and I are down here in Australia. We felt a bit tired, like we had colds, and some body aches. Rita had some chills that came and went. Slight fevers too. To play things right, as is needed in the world right now, we were tested for the Coronavirus, and were found to be positive,” the actor wrote last week on Instagram.

His statement continued: “Well, now. What to do next? The Medical Officials have protocols that must be followed. We Hanks’ will be tested, observed, and isolated for as long as public health and safety requires. Not much more to it than a one-day-at-a-time approach, no? We’ll keep the world posted and updated.”

According to data from Johns Hopkins University, the United States has confirmed more than 2,900 cases of the virus as well as 57 deaths. Around 40 deaths have been confirmed in Washington state.

The virus sickened tens of thousands of people in mainland China before spreading to more than 100 other countries. Some critics have said the communist regime failed to stop the spread of the mysterious new virus because it jailed and silenced doctors who had initially reported on its highly contagious nature.