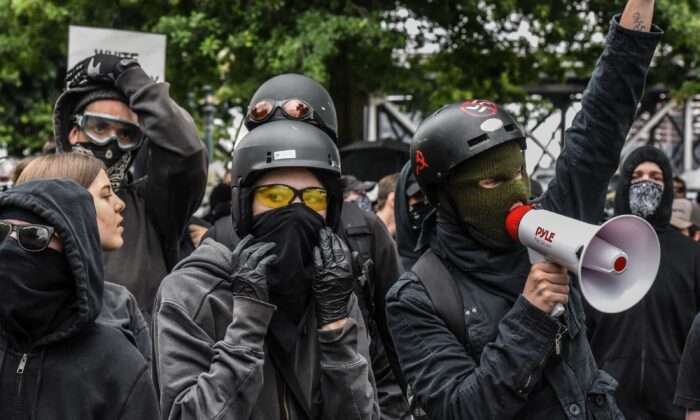 The University of British Columbia is being threatened with legal action over the cancellation of a speaking engagement featuring conservative U.S. journalist Andy Ngo discussing Antifa violence.

Sponsored by The Free Speech Club, the event had been given the green light to take place on Jan. 29, but on Dec. 20 the university suddenly cancelled the talk citing safety and security concerns.

The Justice Centre for Constitutional Freedoms (JCCF) is calling on UBC to reinstate the event or face legal action, saying cancelling Ngo’s talk goes against the university’s principles regarding academic freedom and free speech.

“It is an alarming betrayal of the foundational pillar of higher education—the freedom of thought, belief, opinion, and expression. Furthermore, it signals automatic acquiescence to the ‘heckler’s veto,’ which will embolden threats from those who oppose the very notion of free expression.”

Ngo, currently the editor-at-large for Canadian news website The Post Millennial, frequently reports on Antifa protests and violence, which has made him a target of the left-wing activist group. In June 2019, he was attacked while covering an Antifa protest in Portland, Oregon, ending up in hospital with a brain hemorrhage.

Antifa activists are self-described communist anarchists who have used vandalism, physical violence, threats, and even blockades to shut down events or protest opinions they oppose. They typically dress in black, sometimes carry clubs, and wear masks to hide their faces.

Ron Holton, the chief risk officer at UBC, said in an email to The Epoch Times that based on a risk assessment that is done for every event booking, the Jan. 20 event couldn’t go on.

Angelo Isidorou, executive director of The Free Speech Club, said he’s surprised by the cancellation given the generally receptive attitude to free speech on campus, with other events that might have been deemed contentious getting approval, including a talk by conservative commentator Ben Shapiro in 2018.

“In every event we have ever hosted that is controversial, we are consulted by the school and asked to employ security. This time, I fully expected to get a similar call, but instead they outright just cancelled,” he said in an interview.

“Fundamentally, the issue at hand is the invasion of Antifa groups on campus. When the school called and cancelled, they even conceded that this is a new issue and they are fearful of what they should do in relation to these groups.”

Ngo said he thinks UBC’s concerns about safety and security are genuine.

“Violence from left-wing ideologues on campuses is routine,” he said. “The only thing to do is to be brave. The authoritarian far-left seek power through intimidation, harassment, and violence, if need be. We can’t give them that.”

Going forward, he thinks legal action might be necessary in the fight for free speech.

“If academic institutions won’t protect free speech unless forced to by the state, so be it.”

Justifying taking the university to court if it fails to reinstate the event, Moore said in an interview that there are multiple legal bases on which UBC can be challenged for its decision to cancel, including the fact that, as a public body, it “has a duty under administrative law to make its decisions reasonably.”

“Cancelling an event discussing the issue of Antifa violence a month in advance of that event over unspecified concerns for safety is not reasonable: UBC could have taken numerous steps to address any safety concerns, including letting the police deal with anyone making specific threats,” he said.

“If UBC had safety concerns, it did not communicate them to The Free Speech Club or make any efforts to address such concerns,” he adds. “Rather, UBC cancelled the event outright.”