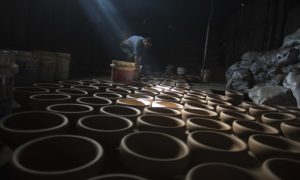 A Ghost Reaps His Due: A Chinese Reincarnation Tale
0 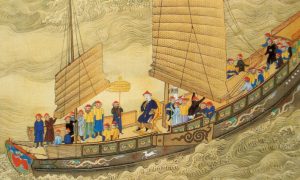 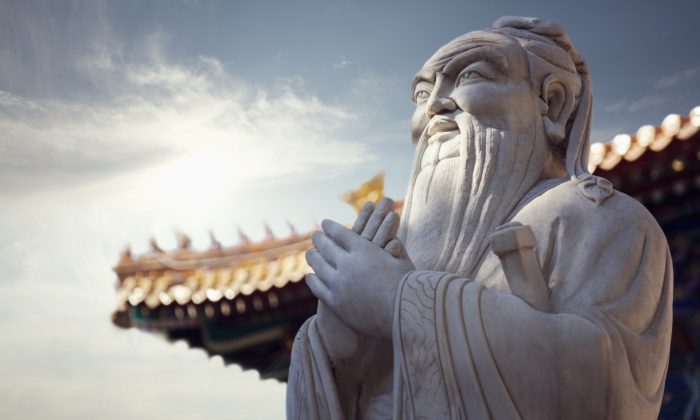 The ancient sage Confucius, who advocated the five cardinal virtues of benevolence, righteousness, propriety, wisdom, and faith, taught that the roots of benevolence lie in filial piety and brotherly love.

Confucian family-based ethics are well known around the globe as a cornerstone of the Chinese philosophical and social heritage. These 2,500-year-old teachings drew from pre-imperial Chinese religious traditions, which sought harmony between man and the universe through reverence of heaven and earth.

Faith, the final Confucian cardinal virtue, is the root of all functioning relations in society, while at the same time underpinning humanity’s spiritual connection to the divine. Daoist cultivators and philosophers understood this through the yin-yang binary, while Confucian scholars pondered how best to serve their parents and superiors and raise their children and subordinates.

The classic model for Chinese social philosophy as well as religious belief was the Western Zhou Dynasty (1046 B.C.—770 B.C.), from whose rulers and people Confucius drew inspiration in his teachings. The fundamental guide for the Zhou kings was to govern with virtue and in awe of Shang Di, the emperor of heaven. The king was referred to as the “Son of Heaven,” making clear his subordinate status before divine authority and guidance.

Faith in the laws of heaven were demonstrated through the nobility’s observance of rites or propriety; Among commoners, trust manifested itself as etiquette and filial piety. These virtues were conveyed not just through official texts, notably the “Rites of Zhou,” but also permeated court and folk music. Representative of this culture are the odes compiled by Confucius into the “Classic of Poetry,” a work containing 300 lyrical pieces from different regions and social classes of the Zhou kingdom.

The section “Zhou Odes” in the “Classic of Poetry” was dedicated to the worship, prayer, and praise of Shang Di. The “Zhou Odes” mainly worshiped the dynasty’s founding kings Wen and Wu, then Emperor Cheng and Emperor Kang, as well as their legendary ancestors Hou Ji and Tai Wang, themselves believed to be descendents of the heavenly emperor. Lyrics in the “Zhou Odes” speak to the respect with which these early monarchs served heaven, protected the people, and governed the country with virtue.

In concrete terms, religious piety meant that one was responsible for acting and living virtuously to fulfill the Heavenly Mandate to the extent required of one’s station. This principle is reflected in human interactions as “the three bonds” between ruler and minister, parent and child, and husband and wife.

Confucius believed that his collection of Zhou poems served as a moral guide. “When in the country, one can identify how people are educated. If gentle and kind, it means they have been taught with the ‘[Classic of] Poetry.'”

As evidenced by poems in the “Classic of Poetry,” the Zhou people believed that the will of heaven was to protect people from suffering and disaster, and that kings had been sent as their human agents to see to this task.

In the poem “Huangyi,” heaven instructs King Wen, who founded the Zhou Dynasty:
“Heaven told Emperor Wen, ‘I long for people with such virtue: he does not indulge in sensual pleasures and does not misuse punishment. He doesn’t say things he doesn’t know, and he follows Heaven’s rule sincerely.'”

In this way, the ruler who was pious and respectful before heaven would also act as a virtuous philosopher-king to his subjects and ministers, listening to their advice and heeding their needs. As opposed to the later imperial Chinese habit of amassing political power in the center, Zhou political and military authority was regionalized. The leaders of the many vassal states that made up the kingdom paid their allegiance to the king out of moral principle rather than forcible coercion.

The solid character and moral discipline of the early Zhou kings is reflected in the longevity of this flexible, decentralized dynasty: For over 800 years the Zhou royal family was at least nominally honored as China’s rightful sovereign, making it the longest dynasty in recorded Chinese history.

Actual Zhou political authority waned in the 8th century B.C. when King You failed to hold himself to the high standards of his predecessors. More concerned with personal pleasures, such as spending time with his favorite concubine, than concentrating on enlightened governance, this king was small-minded and suspected his loyal ministers as usurpers.

Without strong moral bearing, trust between the king and his vassals declined, and as a result, when barbarian tribes attacked the Zhou capital, King You found himself without allies. The king lost his life and the royal house was forced to seek refuge to the east, founding the Eastern Zhou. Despite the name, feudal lords had in fact lost faith in the ability of the Zhou kings to lead. This gave rise to the Spring and Autumn and Warring States periods, in which Zhou rulers held little sway over the slowly disintegrating kingdom.

As the “Classic of Poetry” warns: “A wise and knowledgeable person takes advice kindly, and conduct follows virtue. A senseless and ignorant person rejects sincere advice; he regards the advice-giver as harboring improper ambitions.”

For the ancient Chinese, faith in the divine was linked to trust and support between men. Sincere benevolence draws upon steadfast faith, bringing this final Confucian cardinal virtue into unison with the first.