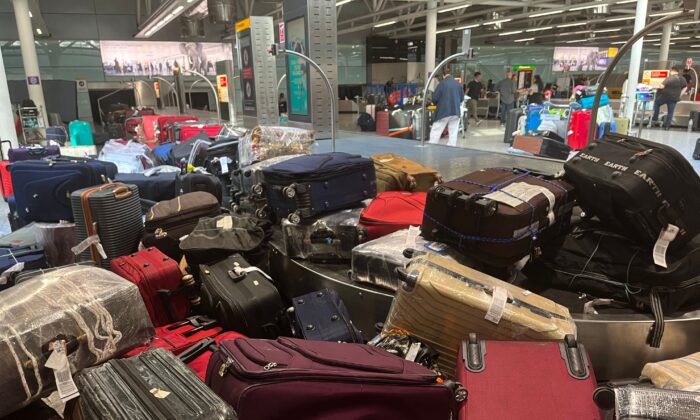 London’s Heathrow Airport has imposes a cap on passenger numbers and has ordered airlines to stop selling tickets for summer flights, as the UK’s aviation sector struggles to cope with the soaring demand for air travel.

No more than 100,000 daily departing passengers are permitted from July 12 until Sept. 11, the airport announced.

Heathrow Chief Executive John Holland-Kaye said, “Our assessment is that the maximum number of daily departing passengers that airlines, airline ground handlers, and the airport can collectively serve over the summer is no more than 100,000.”

To give our passengers a better, more reliable service this summer and to keep our colleagues safe – we’ll be implementing a departing passenger cap of 100k from today to 11 Sept. Read more from our CEO about why we’re doing this here: https://t.co/kf3WdJeLbe pic.twitter.com/bJSlf3L95f

But, he said, the latest forecasts indicate that daily departing seats over the summer will average 104,000, which will be 4,000 seats above capacity.

Therefore, he said, the airport is asking airlines to stop selling summer tickets to limit the impact on passengers.

The travel chaos has lasted for months in the UK as the aviation industry suffers from severe staff shortages. Airlines and airports made thousands of employees redundant during the CCP (Chinese Communist Party) virus pandemic, but are now struggling to recruit new workers and have their security checks processed.

Last month, the British government and the Civil Aviation Authority ordered airlines to make sure their timetables are “deliverable” after the sector proved unable to cope with demand during the Jubilee half-term school holiday period.

The new 100,000 cap on passenger numbers is significantly lower than Heathrow’s pre-COVID-19 capacity. Around 131,000 passengers departed on Aug. 4, 2019, which was Heathrow’s busiest day on record.

Holland-Kaye admitted there are “some critical functions in the airport which are still significantly under-resourced,” such as ground handling.

Virgin Atlantic said the airline is “ready to deliver its full schedule this summer” but supports “proactive measures being taken by Heathrow to reduce disruption.”

But a spokeswoman warned that the proposed action should not “disproportionately impact home carriers at the airport.”

Guy Hobbs, acting editor of consumer magazine Which? Travel, said: “Thousands of people will now be worrying about whether their flight or holiday plans are about to fall apart.

“Heathrow must work with airlines to quickly provide clarity on which flights are being cut, and airlines need to be upfront with those passengers affected about their right to be rebooked at the earliest opportunity, including on services from other airlines.”