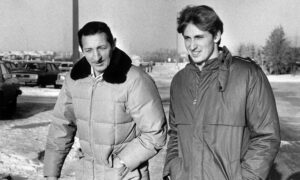 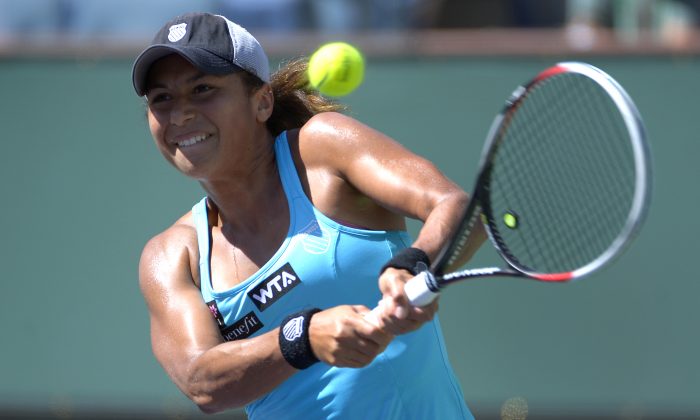 Heather Watson in a file photo. She faces Serena Williams in the next round at Wimbledon. (AP Photo/Mark J. Terrill)
Sports

British tennis player Heather Watson beat higher-ranked Daniela Hantuchova 6-4, 6-2 in straight sets to get her into the next round of the Wimbledon tennis tournament, where she will face off with Serena Williams.

But its not her beating a higher-ranked opponent that’s helping her make news–rather, Heather Watson has been defying online “death threats” to play in the Wimbledon and keep herself going.

The 23-year-old Watson recently said that she has been “taunted” and subject to “death threats” on social media that she uses, including Twitter, but has vowed to keep playing and not let it affect her. “I think those people, they’ve got no life,” Watson said in an interview with AFP. “They’re just kind of cowards thinking they can say whatever.”

So far, it hasn’t affected her form, as shown in Watson’s victory in straight sets over the 32-year-old Slovakian Hantuchova. This is the second time she has reached the third round of the Wimbledon, the earlier one being in 2012.

Of course, she faces her most formidable opponent in this third round–the number one ranked Serena Williams, who is a 20-time Grand Slam winner. But it certainly sounds like Heather Watson is looking forward to it. In the same interview with AFP, she said, “I’ve never played Serena before, so I’d love to play her.”