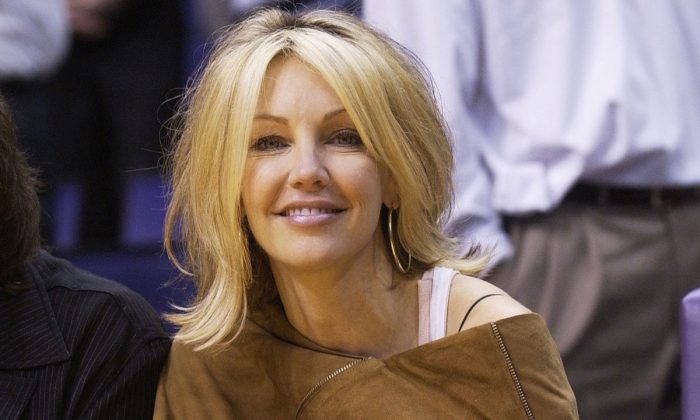 Actress Heather Locklear had domestic violence charges dismissed after a fight with her boyfriend, but charges of battering and resisting or obstructing a police officer remained, and Locklear was set to be in court on March 13.

The 56-year-old former star of “Melrose Place” and “Spin City” was charged with four counts of battery of a police officer and one count of resisting or obstructing a police officer, according to Page Six.

When officers responded to a domestic violence call at her home in Ventura County, California, on a Feb. 25 she punched two officers, kicked one in the groin, and yelled an obscenity at another, Page Six reported.

Police arrested her on charges of domestic battery for an altercation with her boyfriend, Chris Heisser.

“Deputy Alldredge saw that [Heisser] was bleeding from the bridge of his nose and he had redness on his chest,” Ventura County Senior Deputy Sheriff Keith Hall wrote in search warrant and affidavit of probable cause documents, obtained by People. “[Heisser] told Deputy Alldredge that in the bedroom, Locklear attacked [Heisser] while he was on the bed and he defended himself. He did not know how many times Locklear struck him. Locklear bit his face and described Locklear as being ‘all over’ him for the last 20-30 minutes acting ‘crazy,’ ‘angry,’ and ‘wild.’”

Locklear told police that Heisser strangled her until she couldn’t breathe, according to People.

“Locklear said the fight first started when [Heisser] lied to her and she threw a can of Red Bull at him,” according to the police documents, obtained by People. “Locklear told Deputy Alldredge that [Heisser] had strangled her and that she was afraid he would kill her,” Hall said, according to the documents. “Locklear stated she did not lose consciousness, but was strangled for a long time and thought she might pass out.”

Hours after Locklear’s Feb. 25 arrest, Heisser was arrested for drunk driving. Heisser dated Locklear in high school, and they reconnected about a year ago, People reported.

Officers visited Locklear’s house again on March 6 to search for a firearm. During her Feb. 25 arrest, Locklear told officers she would shoot them if they came back onto her property, according to the Ventura County Sheriff’s Office. Police found that Locklear had a gun registered in her name, and executed a search warrant to retrieve it, but were not successful.