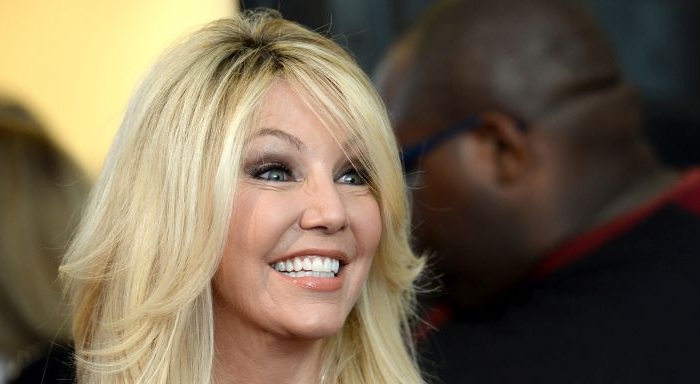 In this handout photo provided by Discovery, Actress Heather Locklear attends TLC "Too Close To Home" Screening at The Paley Center for Media in Beverly Hills, California on Aug. 16, 2016. (Photo by Amanda Edwards/Discovery via Getty Images)
Entertainment News

Heather Locklear, the former “Melrose Place” actress, was arrested over the weekend for domestic violence and attacking officers, according to reports.

Capt. Dean Cook of the Thousand Oaks Police Department, of Southern California, told Fox News that officials responded to a 911 call at the actress’s home on Sunday evening, Feb. 25.

Police said that the alleged victim is Locklear’s boyfriend, according to the report.

TMZ later reported that when police arrived at her home, she attacked them. She was arrested on three counts of misdemeanor battery on an officer, the report stated. She allegedly flailed and kicked three deputies.

As a result, she was taken to the hospital for an evaluation.

In the 911 call obtained by TMZ, Locklear’s brother came home, seeing her and her boyfriend fighting before he called 911. The boyfriend had a “visible mark,” TMZ reported.

In 2008, she was arrested on suspicion of driving under the influence but charges were dismissed. That year, police were called to her home after a 911 call from her doctor, who said she overdosed on prescription medication, but it turned out to be a false alarm, Fox reported.

A spokesperson for the Ventura County Sheriff’s department gave a statement to ET.

“Yesterday at about 10 p.m., our deputies responded to a domestic disturbance at a residence. When they arrived, Ms. Locklear was uncooperative with the deputies and actually battered three of our deputies. We initiated an investigation, which revealed that she had actually battered a boyfriend at the residence prior to our arrival. She was arrested for 1 count felony domestic violence and 3 counts misdemeanor battery on a police officer,” the statement reads.

The department added: “[Locklear] had claimed that she was injured prior to our arrival, although we did not see any evidence of it. Out of an abundance for caution, she was transported to a local hospital where she was evaluated prior to being booked into jail. She posted $20,000 dollar bail and was released.”