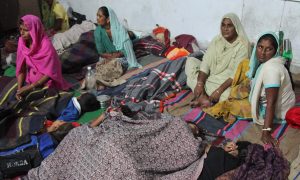 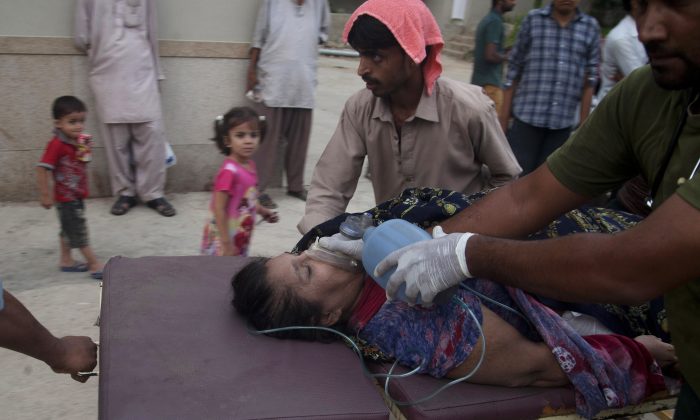 People rush a woman to a hospital as she suffered from a heatstroke in Karachi, Pakistan, on June 24, 2015. (AP Photo/Shakil Adil)
Asia & Pacific

KARACHI, Pakistan—A Pakistani health official says the devastating heat wave that struck the country last weekend is slowly subsiding but that the death toll is still climbing, with 860 people now reported to have died.

Jam Mehtab Hussain, the provincial health minister in the southern Sindh province, says people are still being admitted to hospitals with heat-related ailments — though in less numbers than in previous days, when dehydrated patients lay in hospital corridors and outside on the streets as overwhelmed medical staff struggled to cope with the disaster.

Related Coverage
China–Pakistan: A Strategic Relationship in the Shadows

How Pakistan Will Address Taliban Militancy After School Massacre

On Sunday, temperatures had reached 45 degrees Celsius (113 degrees Fahrenheit) in Karachi, the capital of Sindh province.