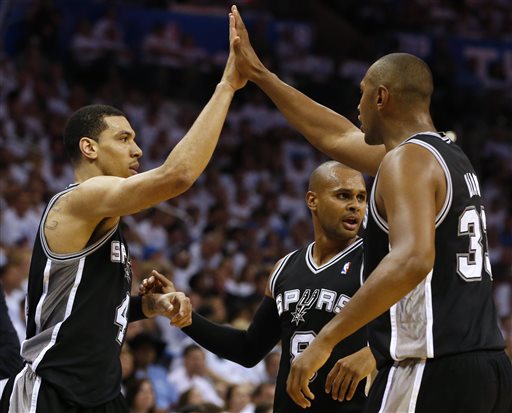 The Miami Heat and San Antonio Spurs will face off in the 2014 NBA Finals–a rematch of last year.

In that close series the Heat pulled out a win in seven games.

The Spurs have homecourt advantage and the series will begin at the AT&T Center in San Antonio.

Game 1 is scheduled for Thursday, June 5.

A live stream will be available via ABC Go.

Both teams won the conference finals in six games.

The Heat took out the Pacers while the Spurs finished off the Thunder in an overtime game on Saturday night.

ABC will in fact broadcast all games.

See an AP update on the Spurs win below.

OKLAHOMA CITY—The San Antonio Spurs are back in the NBA Finals, beating the Oklahoma City Thunder 112-107 in overtime on Saturday night in Game 6 to set up a rematch with the Miami Heat.

Tim Duncan had 19 points and 15 rebounds for the Spurs, who will host Game 1 on Thursday night as they try to avenge last year’s heartbreaking seven-game defeat.

Boris Diaw scored 26 points for the Spurs, who won despite point guard Tony Parker missing the entire second half and overtime with left ankle soreness.