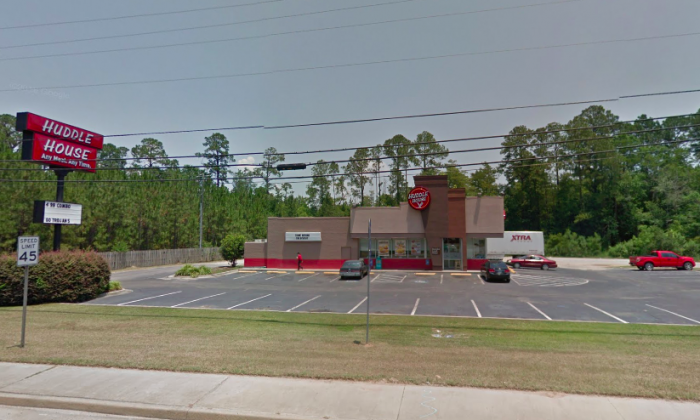 Huddle House at Douglas, Ga., where a veteran had dined. (Screenshot via Google Maps)
US News

A restaurant employee’s act of kindness did not go unnoticed after one of the diners at the restaurant filmed him cutting pancakes for an injured veteran.

Dallas Smith Jr. from Georgia went to Huddle House in Douglas where he noticed a fellow customer struggling to eat his pancakes with one hand, reported WSBTV.

What Smith witnessed next had really touched his heart. A younger man dining with the veteran had initially reached out to help the older man, who had a bandage on one of his arms. A cook behind the counter noticed the struggle and decided to step in.

“She was on the other side of the counter and she saw that he was trying to cut his pancakes and she said, ‘I’ll get it,’” Smith told the news station.

Smith said he saw the employee put down everything in her hands and walk over to the table to help the pair. She then began cutting up the pancake into smaller pieces.

The quick-thinking Smith hastily took out his phone and started filming. He posted the touching video on Facebook on Nov. 22 to share with his friends and family.

“It was kind of a warm feeling in there anyway because everyone knows everybody,” Smith said. “It threw me so far off guard when she did it. For me, it was just a blessing to see.”

Since then the video has gone viral with more than 155,000 views and has been shared over 3,000 times. Many viewers were also touched by the cook’s act of kindness.

“What a blessing there are still caring people in this world,” one commenter posted.

“She’s a beautiful person to have stopped doing her work so she could cut up his food. She is an angel,” another commenter said.

“This day and time, when you see that, it gives you hope,” Smith told WSBTV. “I’m a Christian and it’s the closest thing to Jesus I’ve seen in a long time.”