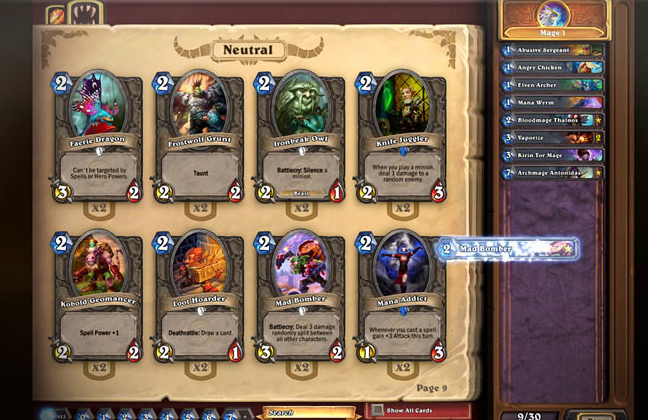 The “last big set of balance changes” will be introduced soon to “Hearthstone: Heroes of Warcraft” before open beta.

Gamers have been clamoring for the open beta version since it was scheduled to be released by Christmas.

But the release was delayed as bugs are being fixed and kinks are being worked out.

However, community managers said on the official forum that changes to a range of cards are being made “as the closed beta testing phase begins to draw to a close.”

“We are monitoring card balance over time, and without your continued testing efforts, we wouldn’t have the necessary data we need in order to make changes to cards that may warrant them,” they said. “This should be our last big set of balance changes; once we go live, we plan to make very few card changes, and only if they are absolutely necessary.”

The new patch should go through “sometime this week,” community moderator Zeriyah said via Twitter.

The card changes are to the following cards (fully outlined here):