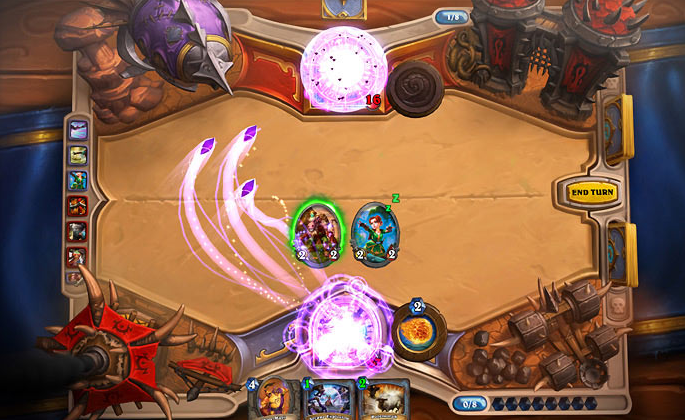 “Hearthstone: Heroes of Warcraft” beta keys have all been sent out, and that the deadline for joining the closed beta test has passed. The open beta is still not available.

The game, currently in closed beta, is still being developed. Only people who opted into the closed beta test prior to December 16 have received beta key invites. The deadline to join the test was January 7.

“If you still can’t find your Hearthstone beta invite, don’t worry! We’re putting together a list of all Battle.net accounts that opted in to the Hearthstone beta test and did not claim their beta key,” production director Jason Chayes said in a blog post. “These accounts will be flagged for beta access within the first few weeks of January.”

Chayes said that the team has been making great progress, “but there are still a few things that have come up that we want to fix before we leave the closed beta phase.”

“we believe the right thing to do for the game is to not rush it out into open beta, but to instead hold onto it a little longer to make sure it’s ready for wider testing,” he added.

The team said at BlizzCon that it hoped to release the open beta version in December, but Chayes said that didn’t end up being possible.

“Our highest priority is that Hearthstone has an awesome launch when all gates are lifted and everyone can download it and play at the same time,” he said.

“We’re close to the open beta—very close. And to enter this final part of our beta phase, we need your help,” he said. “Keep trying out new decks, reporting bugs, and giving your feedback on our forums. That’s the best way you can help the team get Hearthstone into everyone’s hands as soon as possible.”

Since the blog post on December 19, no updates have been given in regards to when the open beta will be released.

Blizzard Entertainment did announce on January 9 that Test Season 2 of Ranked Play mode has begun. All players had their ranks reset to Rank 25. The test season lasts until the end of January.