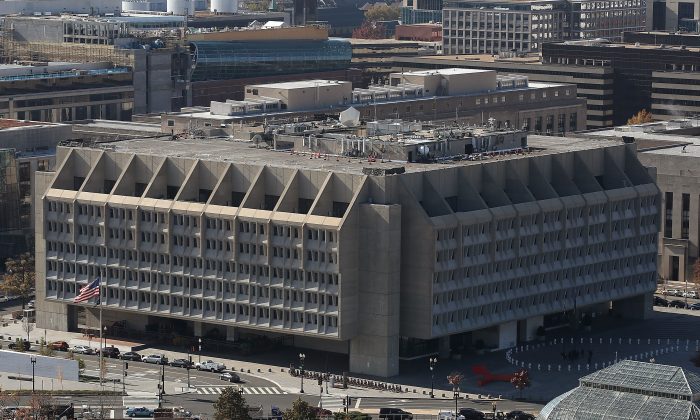 Several buildings near the Capitol were evacuated by authorities on Wednesday due to an alleged bomb threat, according to officials.

The Health and Human Services (HHS) building was shut down over the incident, HHS Assistant Secretary for Public Affairs Sarah Lovenheim said in a statement. The alleged bomb threat was reported at the Hubert H. Humphrey Building, which houses HHS, she said in a statement.

“Out of an abundance of caution, we evacuated the building and there is no reported incident,” Lovenheim said. “We are monitoring the situation closely with Federal Protective Service,” she added.

The U.S. Capitol Police also issued alerts on Wednesday that the O’Neill House Office Building was evacuated due to a bomb threat. The U.S. Botanic Garden was evacuated as the Capitol Police and other agencies were responding to a suspicious package in the area, according to the alerts, which were obtained by local reporters.

It comes after Rep. Ilhan Omar (D-Minn.) wrote on Twitter that Capitol Police responded to a suspicious package delivered to her office on Tuesday.

“Today our office received a package with a suspicious substance and a threat reading ‘The Patriarchy will rise again. Merry [expletive] Christmas,'” Omar alleged on Twitter. “Everyone on our team is okay. We reported the package to Capitol Police and they determined it to be safe.”

In a statement, the Capitol Police said that an on-site test of the substance found in the package was negative for hazardous materials.

Gaetz confirmed to Politico that he is the “M.G.” referenced in the indictment.

“An indictment was issued in May, and has now been unsealed the week after my criticism,” the Florida congressman said last week. “If they took our security seriously, they would arrest all of the people who violate federal law and the threats to kill us, not just some of them … I think that the Department of Justice is biased against Republicans.”