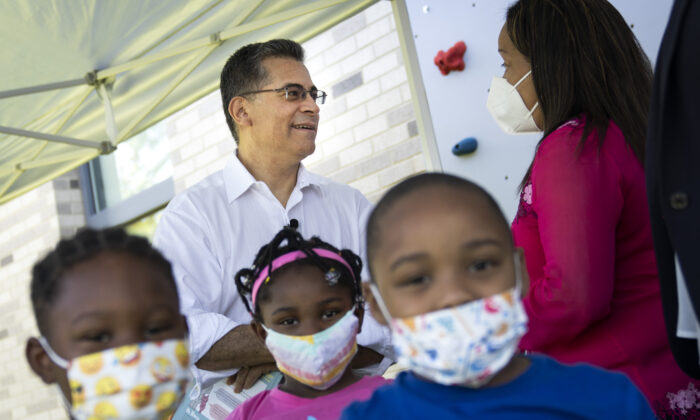 The U.S. Department of Health and Human Services’ Administration for Children and Families, which runs the program, said on Sept. 16 that it plans to publish a rule that will rescind its mask mandate.

The change will happen “in the near future,” according to the administration. Officials declined to give an exact date.

The National Head Start Association (NHSA), which has been calling on the government for months to roll back the mask requirement, said the announcement “finally gives us the clarity we have been seeking.”

“It will go a long way to allow programs to do what they do best in a safe, healthy, and community-driven manner,” the group said.

Based on instructions from President Joe Biden, Head Start in 2021 imposed a COVID-19 vaccine mandate on all staff members and many contractors and volunteers. It also implemented a mask mandate for all staff and children, with exemptions for children under 2 years old.

The NHSA told Health Secretary Xavier Becerra, a Biden appointee, in July that the policy “has been and continues to be extremely disruptive to the Head Start community,” including leading to many employees leaving and parents removing children.

Local officials were best equipped to make decisions on mandates, the group said.

Some lawmakers had also spoken out against the mandates.

“Mandating masking of children is not in line with public health principles and risks significant emotional and physical harm,” Rep. Virginia Foxx (R-N.C.), the top Republican on the House Education and Labor Committee, said in a letter to Becerra earlier this month.

Federal officials told administrators in February that the mask requirement wouldn’t be enforced and reiterated as much in August, a Health and Human Services spokesperson told The Epoch Times via email before the announcement.

The administration acknowledged that CDC recommendations “have evolved” since the interim final rule was issued and officials “will take into consideration the over 2,700 public comments it received, the updated CDC recommendations, the recent approval of vaccinations for young children, and the health and safety of Head Start children and families in the ongoing development of program guidance and regulation,” the spokesperson added.

The CDC changed its masking guidance in February and recently published another update to COVID-19 recommendations.