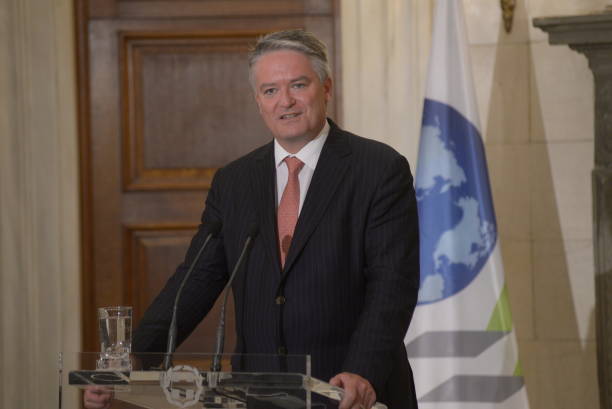 Former Australian Finance Minister and now Secretary-General of the Organisation for Economic Co-operation and Development (OECD) Mathias Cormann has called for the world to adopt a consistent global carbon price.

Speaking to ABC radio on Wednesday Cormann said that if the world had a globally applied comprehensive carbon tax it would be the most efficient way to get to net zero by 2050.

“Well, I have always been of the view that if we had a globally sufficiently comprehensive and consistently applied carbon price that would be the most efficient way to get to global net zero by 2050,” he said.

As part of the Coalition government in 2014, Cormann, vigorously opposed the Labor Party’s carbon tax in 2014, which the Abbott government revoked.

Cormann told ABC’s Fran Kelly that although Australia had a carbon tax under the Labor Gillard government, “there wasn’t an appropriately comprehensive global agreement to price emissions” occurring at that time.

“Efforts in individual jurisdictions will only help us reduce global greenhouse gas emissions if they contribute to a net reduction in global emissions,” he said.

Cormann has previously told Sky News that if the carbon price is not consistently applied globally, problems such as carbon leakage and shifting of emissions into other parts of the world will occur.

He also argued that to get all countries on board, adequate and affordable renewable energy technology would need to be adopted by developing countries, which may otherwise be hit hard by such a carbon price.

The comments by Cormann come after he praised Australian Prime Minister Scott Morrison on Sunday for getting a net zero commitment from the Coalition government.

“I think it’s a huge achievement,” Cormann said. “I admire the political leadership he’s displayed to be able to get Australia into that position.”

“And it’s great that Australia is joining the overwhelming part of the global community that is committed to achieving global net zero by 2050,” he said.

At a press conference as part of COP26 in Glasgow on November 1, Minister for Energy Emissions and Reduction Angus Taylor spoke of helping South Pacific nations bring down their emissions in a way that supports them, Australia, and the world.

“We were just discussing examples in the South Pacific where they’re having to pay 13 or 14 cents a kilowatt-hour to produce electricity with current technologies,” he said. “But what we’ve laid out in our plan is a pathway to get those costs to a fraction of that over the coming decade.”

At the same press conference, Prime Minister Scott Morrison explained that if we want the whole world’s emissions to decrease, we have do drive the cost of the technologies that can achieve that.

He went on to say that we can’t control the cost of carbon-based fuels in China, India or Indonesia, but we can work with them to make sure the technologies they employ for their industrial growth and jobs are low emission and low cost.