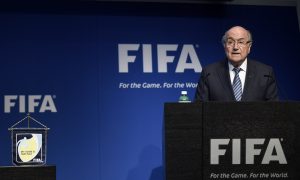 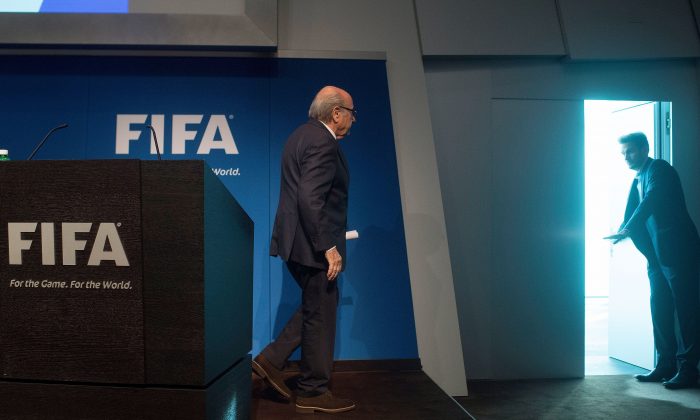 Just four days after winning his re-election as FIFA president—and six days after a corruption crisis engulfed FIFA—Sepp Blatter is stepping down and relinquishing his post.

“FIFA needs a profound overhaul,” said Blatter in a statement on Tuesday.

But his resignation won’t be immediate as he will urge the Executive Committee to organize an Extraordinary Congress for the election of his successor as soon as possible. That will presumably be before the May 2016 FIFA Congress. Blatter will continue as president, while working on reforming FIFA, until that time.

“Since I shall not be a candidate, and am therefore now free from the constraints that elections inevitably impose, I shall be able to focus on driving far-reaching, fundamental reforms that transcend our previous efforts.”

The 79-year-old Blatter has been the leader of soccer’s governing body since 1998—a run marked by both growth and scandal.

His re-election was a reflection of the support he enjoyed by giving FIFA member federations a yearly sum of $250,000, plus bonuses and project funds from World Cup profits.

Under his 17-year rule, soccer’s governing body survived and even thrived through allegations of bribery, vote-buying, and World Cup ticket scams. He built a base of support by bolstering the sport in developing countries and brought the first World Cup to Africa.

The sudden end started on May 27 when U.S. prosecutors issued indictments against 14 current or former soccer officials—including seven who were arrested in raids at a luxury Zurich hotel—as well as a Swiss criminal investigation into the votes awarding the World Cup tournaments to Russia in 2018, and to Qatar in 2022.

Blatter faced calls for his resignation that came from some of his harshest critics in European soccer as well as from political leaders.

Amid his resignation, unnamed federal officials confirmed to the New York Times that Blatter is a focus of the federal corruption investigation.

Blatter Says He Will Resign as FIFA President

His re-election to a fifth, four-year term last Friday was a reflection of the support he enjoyed by giving each of FIFA’s 209 member federations a basic yearly sum of $250,000, plus bonuses and project funds from World Cup profits.

Even when scandals tainted FIFA’s prestige and image, most of the officials stuck by Blatter, particularly from Africa, Asia, and small nations.

Blatter came to embody FIFA and its tarnished reputation at the same time that FIFA’s prize asset, the World Cup, was celebrated as a commercial and popular success.

He mastered the politics of international soccer and reveled in the access and media attention it gave him. He mixed easily with heads of state lured by the commercial and popular power of the World Cup.

As FIFA president, he relished telling the story that his birth was two months premature, and one of his grandmothers said she thought he would not survive.

“It’s because I am a fighter,” Blatter would add in a typical touch of light self-aggrandizement.