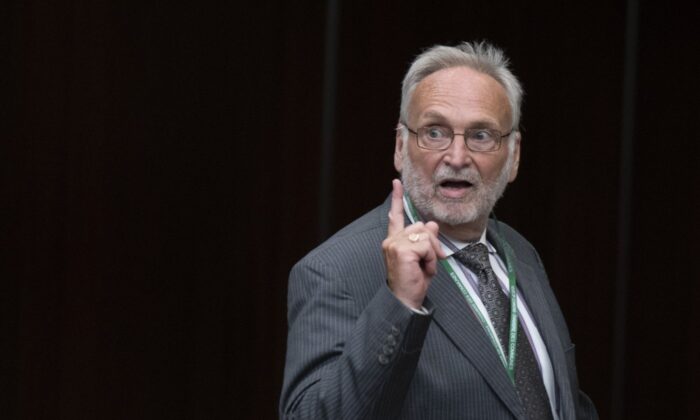 CRTC Chair Ian Scott is seen before appearing at the House of Commons Standing Committee on Industry and Technology, July 25, 2022 in Ottawa. (The Canadian Press/Adrian Wyld)
Canada

Head of Federal Telecom Regulator Did Not Breach Conflict of Interest Act: Watchdog

The federal ethics watchdog says the head of the Canadian Radio-television and Telecommunications Commission did not breach the Conflict of Interest Act when he held meetings with large telecom providers while they had files before the regulator.

One of the meetings scrutinized involved CRTC head Ian Scott and senior BCE Inc. and Bell Canada executive Mirko Bibic in an Ottawa pub in December 2019.

A week before the meeting, Bell Canada filed an application to the CRTC to review and vary a telecom order issued in August 2019, and in May 2021 Scott was on the panel that issued a decision that varied the 2019 order.

The report finds Scott’s relationship with the Bell executive did not meet the definition of friendship outlined in the act and that the relationship is “exclusively professional.”

The matter was referred to Conflict of Interest and Ethics Commissioner Mario Dion in April this year by the public sector integrity commissioner.

Dion notes in the report that whether the meeting raises a “reasonable apprehension of bias” is before the Federal Court of Appeal and is a separate case.