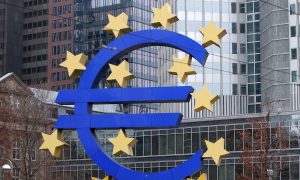 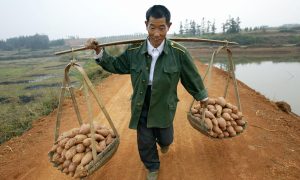 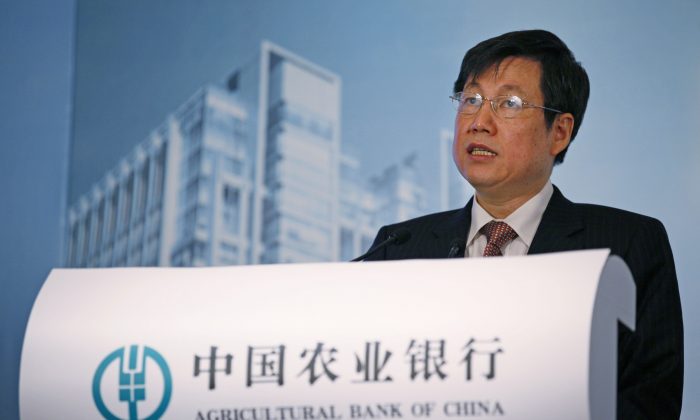 Zhang Yun, vice chairman and president of the Agricultural Bank of China, at a news conference on its initial public offering in Hong Kong on June 29, 2010. Zhang, the head of China's fourth-largest state bank, has resigned citing personal reasons according to reports appearing Saturday, Dec. 5, 2015. (AP Photo/Kin Cheung)
China

BEIJING—The head of China’s fourth-largest state bank has resigned citing personal reasons amid reports of his involvement in a corruption investigation.

No details were given about the departure of Agricultural Bank of China president Zhang Yun, according to reports appearing Saturday.

The resignation of the 56-year-old executive comes amid an ongoing campaign against corruption in the Chinese government, the military and state industries.

A massive stock market sell-off over the summer has also lately focused investigators’ gaze on the financial sector.

The respected financial weekly Caixin reported that Zhang had been demoted and placed under two years’ probation in October after being investigated by the ruling Communist Party’s anti-corruption watchdog body over a series of cases. Reports also said a subordinate in the bank’s Shenzhen branch had been placed under investigation for corruption earlier in the year.

A notice Friday on the Hong Kong stock exchange’s website said Zhang’s resignation took immediate effect and that there were no matters in relations to his case that should “be brought to the attention of the shareholders or creditors of the bank.”

With the economy slowing, profits among China’s top four state-run banks slumped in the first three quarters of the year, with Agricultural Bank’s rising by just 0.57 percent.