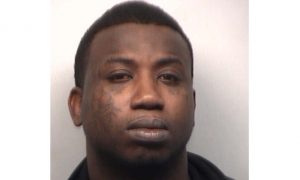 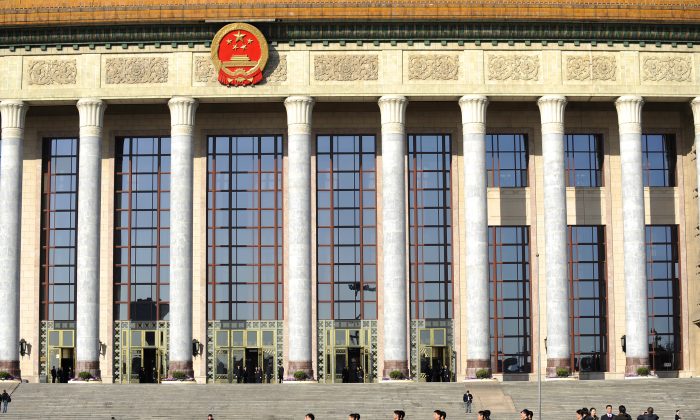 A squad of security personnel march during the National People's Congress in front of the Great Hall of the People in Beijing on Mar. 9, 2011. (Liu Jin/AFP/Getty Images)
China

The highest prosecuting body in a southern province of China has detained local prison management bureau chief Zhong Sifan for negligence and graft. He is now in the clutches of the system he sat atop of for years where, according to researchers who track the activities of security officials like Zhong, he dealt out severe punishment and torture to persecuted groups.

Foremost among Zhong’s victims were practitioners of Falun Gong, a traditional spiritual discipline.

The procuratorate, or public prosecutor, in Guangxi Province announced the arrest of Zhong on charges of dereliction of duty and accepting bribes on July 13, according to People’s Daily Online, the Internet edition of Party mouthpiece People’s Daily.

Prosecutors had begun investigating Zhong two months earlier, according to Xinhua, another state-run publication. Upon being indicted Zhong was stripped of his Party membership and retirement pension.

But the malfeasance he was involved in pales in comparison to the brutal torture he ordered of innocent people, according to Minghui, a website which carries first hand reports about the persecution of Falun Gong. As a prison boss, Zhong oversaw the incarceration of Falun Gong practitioners, who were tortured, sometimes to death, under his watch.

Falun Gong, a meditation practice that teaches adherents to live by the values of truthfulness, compassion, and tolerance, became a targeted group in China on July 20, 1999, when then-Communist Party leader Jiang Zemin mobilized the state apparatus and resources to start a nationwide persecution.

Thousands of Falun Gong adherents have lost their lives during the persecution, and hundreds of thousands have been imprisoned for their faith. According to a state-sanctioned survey, there were an estimated 70 million Falun Gong practitioners in China before the Party’s suppression.

Ho Chi, a computer teacher at No. 3 Middle School in the city of Baise, was detained in Litang Prison for practicing Falun Gong. Inside, Ho was subjected to severe torture, and he died in 2009. His wife still refuses to speak about her husband’s death or return to her home after being threatened by prison officials.

Huang Yuxuan, another Falun Gong practitioner, was also persecuted. In 2008, he was sentenced to five years at Litang Prison for practicing Falun Gong. Three years later, Huang’s wife tried to secure medical parole for her husband, whose health had deteriorated after rounds of harsh torture. The prison rejected her appeal. A February 2012 Minghui report on Huang, the last on his case, stated that he could no longer care for himself.

After three years and six months of detention in Beihai Prison, Falun Gong practitioner Chen Yongqi died in June 2007. The cause of his death was internal organ injury following severe beatings and electric shock.