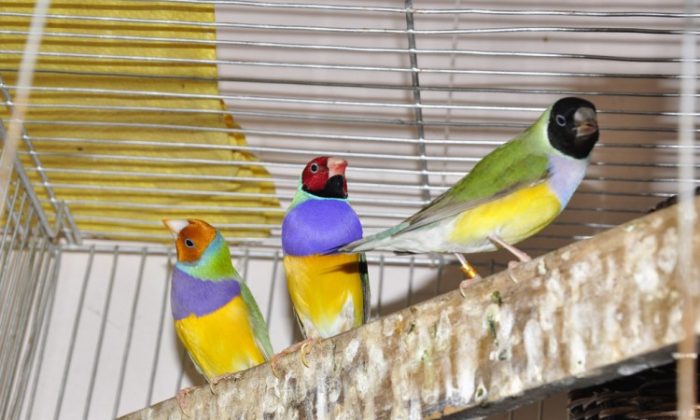 A team of U.K. researchers tested for three types of personality in these birds: risk-taking, boldness, and aggression.

For risk-taking, the scientists observed how quickly birds returned to feed after exposure to a hawk-shaped cardboard cutout.

To determine boldness, they looked at how birds dealt with an unfamiliar object—bundles of gray or brown strings hanging from a perch.

And to test how aggressive individuals are, they gave pairs of hungry birds limited access to food and noted which birds displayed threatening behavior or displaced others.

The team found that black-headed birds are bolder and take more risks, whereas red-headed ones tend to be more aggressive.

“We think that head color is used as a signal of personality to other birds in the flock, so they know who to associate with,” said study co-author Leah Williams, also at LJMU, in the release.

“The next step is to find out which birds associate with which,” she said. “Do reds hang out with reds or blacks and do they do better for that?”

The findings were published online in Animal Behaviour on June 6.