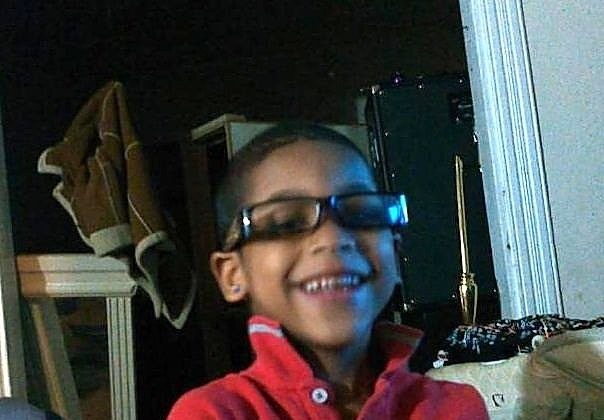 A family in Syracuse is mourning the loss of their 8-year-old boy, who loved to dance, do backflips, and planned to grow up to be a ninja.

“He wanted to become a ninja so he could protect Daddy,” said the boy’s father, Jermaine Moore, as he recalled the memories of his son while sitting in front of the family home on Hartson Street.

Shaleek Carrears was fatally shot inside his home at at 2:30 a.m. on Monday. His dad was in the front yard of his home at 107 Hartson St. with a neighbor when he heard a shot, Syracuse.com reported.

Prosecutors won’t be filing charges against the shooter, because Shaleek was shot by his 9-year-old brother, who thought he was holding a toy gun.

Investigators recovered a Glock 9 mm handgun from the home, which the father kept there without a proper registration.

Shaleek’s brother was traumatized by what happened, according to his dad and other family members.

Friends, neighbors, and family comforted the stricken parents as children played outside.

Six-year-old DJ Haynes was was a close friend of Shaleek. The two would pretend to be Jackie Chan and Bruce Lee, showing off their martial arts moves.

The boy’s father remembered Shaleek’s karate antics in between tears. He stared at the corner of Hartson and South Geddes streets, hoping his boy would come home again.

“I’m still waiting for him to turn the corner,” Moore said.

Inside the family’s yard, a shopping cart full of cans and bottles reminded Moore about Shaleek, who used to collect them and do other chores to earn money to spend at the neighborhood store.

Shaleek’s cousins remember him for his love of dance and backflips. The boy’s dad taught him his first flip.

“As soon as I taught him his first back flip, he took off,” he said, crying. “Now he’ll never do one again. I just miss my baby.”