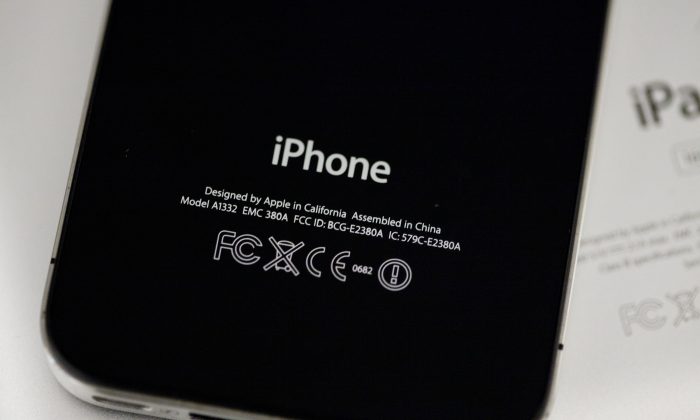 He Took His Daughter’s Phone Away After He Found an Inappropriate Text. Then Mom Called the Cops…

Dallas father Ronald Jackson was stunned when he discovered an inappropriate text on his 12-year-old daughter’s cell phone.

Jackson searched and found even more naughty messages, so he took the phone away as punishment.

A few hours later, officers from the Grand Prairie Police Department knocked on his front door—asking for the iPhone 4 back.

Turns out, the daughter’s mom Michelle Steppe had called the police.

“As a mom, I’m upset because—number one—the property belongs to me,” she told WFAA.

“You can’t take someone’s property, regardless if you’re a parent or not.”

But when the cops arrived, Jackson became determined to see his punishment through—at the time, he had no idea of the ordeal he would face.

“At that point, I decided the police don’t interfere with my ability to parent my daughter,” the 36-year-old said.

“I was being a parent. You know, a child does something wrong, you teach them what’s right,” he told CBS. “You tell them what they did wrong and you give them a punishment to show that they shouldn’t be doing that.”

I didn’t want the police department telling me how to parent my child.
— Ronald Jackson

Jackson refused to hand the phone over, despite knowing Steppe’s husband is a Grand Prairie officer.

Around 2 a.m. the next morning, the cops were back and took Jackson to jail in handcuffs.

“I didn’t want the police department telling me how to parent my child. It made no sense to me for them to show up and make a big deal out of something that was a small thing,” said Jackson. “I couldn’t believe they would go to this extent for a cell phone. It didn’t seem right.”

Jackson was released after posting $1,500 bond, but months later a warrant was issued and Jackson was charged with misdemeanor theft.

The city’s attorney office offered Jackson an unspecified plea deal, but he instead hired a lawyer and requested a jury trial.

Court filings obtained by WFAA then indicate that the city attorney’s office requested that the case be dismissed. Then, the office refiled the case as a more stringent misdemeanor, punishable by six months in jail and a $2,000 fine.

The case culminated with a two-day trial in which the daughter, now 15, took the stand and testified.

“It was the last thing as a mother I wanted my daughter to go through,” Steppe said. “I’m always here for my kids.”

The judge ultimately found Jackson not guilty, citing a lack of evidence.

Jackson says he can’t have a relationship with his daughter now.

“I have to separate myself from them,” Jackson says. “I can’t ever have a relationship with them again.”

His lawyer says he plans to file a federal complaint for civil rights violations for the way his client was treated by the Grand Prairie Police Department and the city attorney’s office.

Jackson still has the phone.