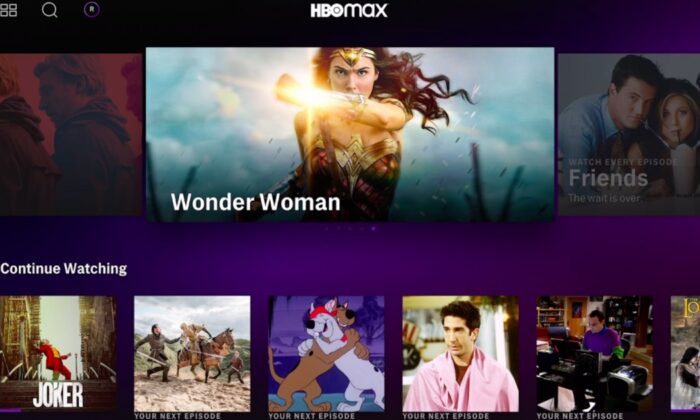 A photo from the HBO Max streaming app. (Courtesy of AT&T via Benzinga)
Companies

HBO and HBO Max reported nearly 77 million total subscribers at the end of the first quarter of 2022, showing consistent and significant growth for the platforms at a time when their largest competitor, Netflix, has struggled to maintain growth.

Since its debut in 2020, HBO Max has featured a mix of original programming and licensed content from WarnerMedia. With HBO’s long history of producing original television hits such as The Sopranos, The Wire, and Sex and the City, the company’s latest streaming platform entered the market with a distinctive edge as a production studio-cum-streaming platform, while other streaming services, such as Hulu and Netflix, found themselves having to create the infrastructure for original content from scratch.

This news arrives on the heels of the latest Netflix quarterly earnings report, which attested to a net loss in subscribers—the first time Netflix has lost subscribers quarter-to-quarter in over ten years. A steep decline in Netflix’s stock price ensued, causing the company’s stock to decline by over 66 percent as of writing.

Amid the Netflix stock market calamity, observers and insiders have scrambled to find explanations for the company’s reversal of fortune. The company has placed the blame on its withdrawal from Russian markets in protest of that country’s recent invasion of Ukraine, which it claims cost the company 700,000 Russian subscribers. Password sharing has also been also been a challenge for the company.

However, it is worth noting that any of these explanations could apply to HBO to some degree. On March 9, HBO parent company WarnerMedia pulled out of the Russian Federation, without a consequent decline in overall subscribers in the recent financial quarter.

Furthermore, there is no immediate reason to assume that password sharing is significantly less widespread on HBO Max than on Netflix.

And while one could plausibly argue that “woke” content is less ubiquitous on HBO Max than on Netflix, the former has its own share of progressive ideological messages featuring prominently in shows such as Peacemaker, in which John Cena’s titular character is incessantly mocked for alleged racist and misogynistic attitudes, and Generation, about an ensemble of sexually diverse teenagers preoccupied with intersectional concerns.

With 222 million subscribers, Netflix still remains preëminent among streaming platforms. However, with the recent quarterly support, the company’s edge in the so-called “streaming wars” has been diminished. Meanwhile, HBO isn’t the only company making inroads on Netflix’s share of the market: Disney Plus ended the 2021 fiscal year with nearly 130 million subscribers, with a 11.8 million gain in the quarter ending January 2022.

For HBO executives, the recent subscriber figures are a cause for celebration, demonstrating consistent growth for the young streaming platform, which has thus far avoided the troubles that have plagued Netflix.

If this pattern continues, consumers will likely find themselves with an increasingly multipolar streaming industry, with the hegemony of Netflix being undermined by the ascendance of HBO Max, Disney Plus, and other competitors.