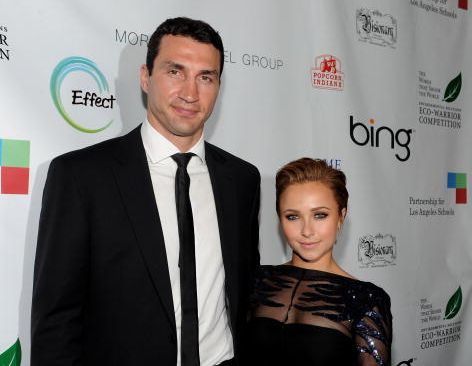 Hayden Panettiere Might Not Wed Wladimir Klitschko Due to ‘Fighting’: Report

Hayden Panettiere, the Nashville actress, is said to be having problems with fiance Wladimir Klitschko, according to a report.

A source told OK! Magazine that Panettiere, who is due to have a baby in the very near future, might not get married.

“The very pregnant Nashville star and her fiancé have been at each other’s throats for months. The conflict has been caused in part by Hayden’s physical discomfort. She’s rally ballooned, her hormones are raging, and Wladimir is just tired of her nagging him,” the magazine writes in its upcoming edition (via CelebDirtyLaundry).

A source then told the publication: “At this rate their wedding might never actually happen.”

Neither have confirmed that their wedding is off, meaning that it’s likely just tabloid speculation.

The two have had relationship troubles in the past. The couple broke up briefly in 2012, but they got back together a few months later.

“You date, you try to be with different people, you make mistakes, and you get to know yourself in the process,” she added at the time. “And in the end you want to be with someone who makes you the best version of yourself.”

When Klitschko, 38, and Panettiere, 25, broke up, it was due to living and working in two different places, they said. He lives in Europe and often fights in Germany, while she lives in the US.