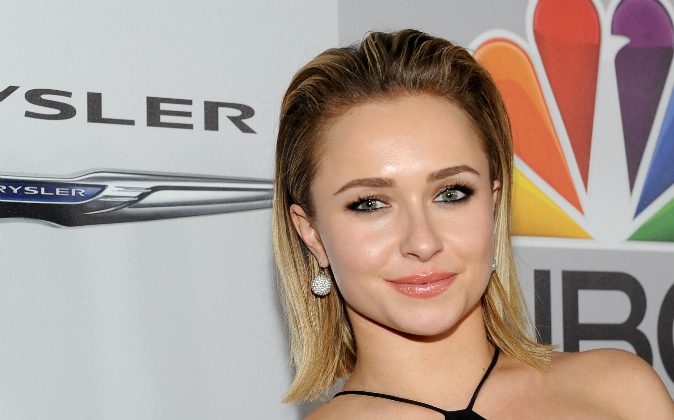 Hayden Panettiere announced on Twitter that she will check into a treatment center after seeking professional help for postpartum depression in October of last year.

“The postpartum depression I have been experiencing has impacted every aspect of my life,” she shared on May 12 to her millions of followers. “Rather than stay stuck due to unhealthy coping mechanisms I have chosen to take time to reflect holistically on my health and life. Wish me luck!”

The 26-year-old is a first time mother to daughter, Kaya, whom she welcomed with boxer fiancé Wladimir Klitschko in December of 2014.

“Postpartum depression is the presence of a clinical depression that occurs during the first year after the baby’s birth,” explained Karen Kleiman, director and founder of The Postpartum Stress Center in Pennsylvania, in an interview with Us Weekly. “Symptoms can include feeling sad, weepy, anxious, hopeless, angry, inadequate, guilty, suicidal, unable to sleep, unable to eat, with scary intrusive thoughts about harm coming to the baby.”

The “Nashville” actress has been pretty honest about suffering from postpartum depression, revealing in a 2015 interview on “LIVE! With Kelly and Michael” the importance of having open dialogue regarding the disorder in order to bring awareness, education, and eliminate shame.

“I can very much relate. It’s something a lot of women experience. When [you’re told] about postpartum depression you think it’s ‘I feel negative feelings towards my child, I want to injure or hurt my child.’ I’ve never, ever had those feelings,” she said. “Some women do. But you don’t realize how broad of a spectrum you can really experience that on. It’s something that needs to be talked about. Women need to know that they’re not alone, and that it does heal.”

Postpartum depression is treatable, particularly when detected in its early phases.

“The longer a woman waits to get help, the harder her symptoms can be to treat and the longer it might take for her to recover,” Kleiman said.