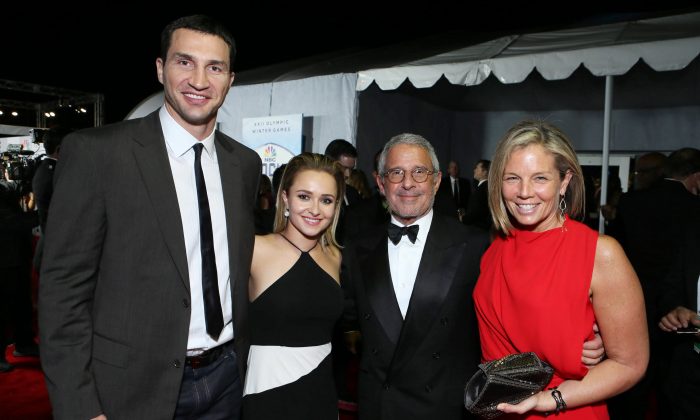 Multiple media have picked up the news that American actress Hayden Panettiere, 24, is expecting her first child with heavyweight Ukrainian boxer Wladimir Klitschko, 38.

Panettiere will be working on the drama thriller “Over the Wall” which is in its pre-production stage, and she is part of the principal cast of the “Nashville” series, which has media speculating as to how the show will deal with her pregnancy.

The ABC music drama, “Nashville,” will return for its third season in September 2014, which means the filming is due to begin this summer.

The news of the pregnancy was first reported by Us Weekly, who quoted an insider, however neither Panettiere not Klitschko’s reps have confirmed the reports.

Panettiere has previously said that she’s all too excited to have a family and that children would not impede her acting career.

“I feel like I was born to be a mother,” Panettiere told Glamour in a 2003 interview.

“Sometimes people speak about [having kids] like, ‘Your life ends—you’re never going to be able to do anything again!’ And I’m like, ‘What are you talking about?’ Motherhood is the most beautiful, exciting thing, and there’s nothing that I feel like I can’t accomplish while having children in my life,” she added.

Panettiere, 5’0, who is dwarfed by Klitscho’s 6’6 frame, also predicted that their kids will be normal height. “He’s got bowlegs and I’ve got knocked knees, so they’re going to have straight legs,” the actress said on the Ellen DeGeneres Show in November 2013.