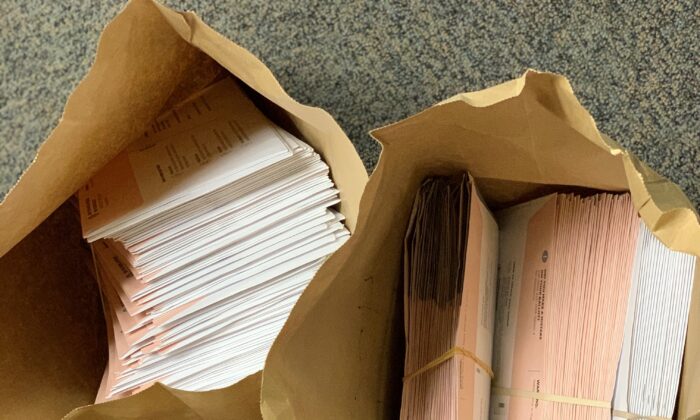 Eduardo Mena, 34, was indicted by a Los Angeles federal grand jury in September on charges of bank fraud, aggravated identity theft, possession of stolen mail, and being a felon in possession of ammunition, according to the court docket.

Police said there is no evidence to suggest Mena was involved in election fraud.

Mena was arrested Aug. 16 after Torrance Police Department officers were called to a 7-Eleven located in the area of Emerald Street and Hawthorne Boulevard on reports of a man sleeping in his car in the parking lot, according to a department spokesperson.

Officers located the man and allegedly found in his vehicle a loaded gun, unspecified narcotics and driver licenses and credit cards that belonged to other people, along with a box of mail in the back seat that contained the unopened and unmarked ballots, according to a police statement issued after Mena’s arrest.

“The investigators were able to determine the election ballots were among numerous items of mail stolen from a United States Postal Service vehicle,” according to the statement. “It should be noted Mena is currently in custody on state charges for an unrelated case.”