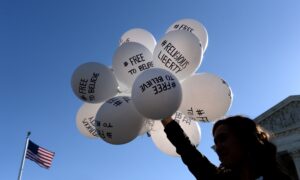 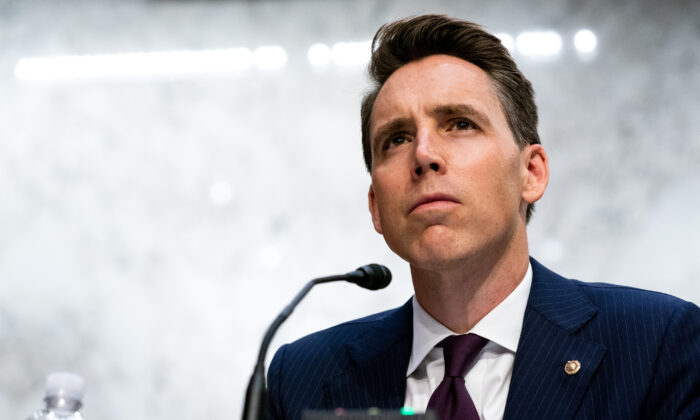 Sen. Josh Hawley (R-Mo.) on Thursday appealed to the U.S. Commission on International Religious Freedom (USCIRF) to consider adding Canada to its special watchlist—alongside the likes of Afghanistan, Cuba, and Iraq—in response to arrests of Canadian pastors who held services that allegedly violated COVID-19 restrictions.

The USCIRF’s special watchlist (SWL) is a list of countries where state-sanctioned violations of religious freedoms meet two of the elements of the agency’s “systematic, ongoing, and egregious” test. A secondary list, called the Countries of Particular Concern (CPC), features countries like China and Iran that meet all three criteria and whose governments engage in or tolerate “particularly severe” violations, such as torture.

In his letter (pdf) to Nadine Maenza, USCIRF chair, the Missouri Republican expressed his “deep concern” that religious freedom “is in peril across our nation’s northern border,” citing several recent examples of Canadian pastors being arrested for non-compliance with pandemic health rules.

“On June 14, Pastor Tim Stephens of Fairview Baptist Church in Calgary, who was previously arrested in May, was arrested again at home in front of his wife and children,” Hawley wrote. “Media outlets captured heartbreaking video of the pastor’s children sobbing as they held their father’s hand through the barred window of a police car.”

Calgary police arrested Stephens at his home a day after he held an outdoor church service for his congregation, allegedly in defiance of the Alberta Health Service’s (AHS) public health orders, according to a news release from the Justice Centre for Constitutional Freedoms, the non-profit legal organization that’s representing Stephens in court.

“It is our position that AHS is engaged in an intentional act of public deception and abuse of authority in arresting Pastor Stephens and others,” said Jay Cameron, Justice Centre Litigation Director, in a statement.

Fairview Baptist congregants were worshiping outdoors for the second Sunday in a row after the AHS physically closed down the church building on June 5.

In a statement, AHS said that “services that exceed allowed capacities have taken place at the Church each Sunday, with minimal to no masking or physical distancing occurring,” and that the agency physically closed the church to prevent access to the building until Stephens could “demonstrate the ability to comply with these restrictions.”

According to the CBC, a Canadian news outlet, Stephens was previously fined for holding over-capacity gatherings and not enforcing mask use. Stephens remains in custody and is set to appear before a court on June 28.

Hawley also singled out the case of pastor James Coates of GraceLife Church in Spruce Grove, Alberta, and noted that others “have similarly faced arrests and enforcement actions.”

“I am troubled that our Canadian neighbors are effectively being forced to gather in secret, undisclosed locations to exercise their basic freedom to worship,” Hawley wrote, urging USCIRF to “take whatever action is necessary to address and rectify this situation, and consider adding Canada to the Commission’s Watch List.”

The Epoch Times reached out to the USCIRF for comment, with the agency replying that it had received Hawley’s letter and is “looking into it.”