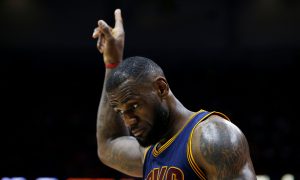 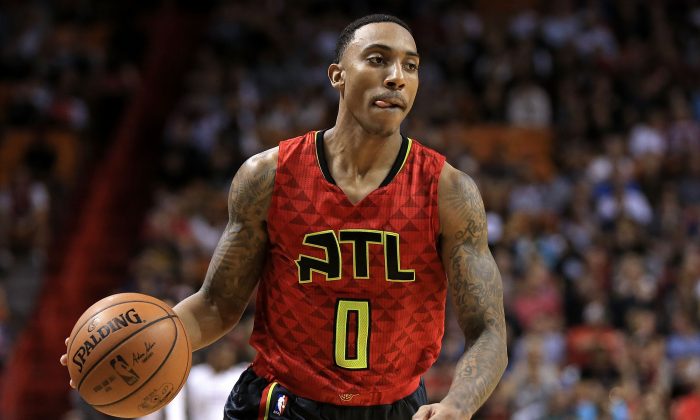 The Atlanta Hawks left point guard Jeff Teague at the Palace of Auburn Hills following Atlanta’s 112–95 win over Detroit. Teague, who had 12 points and 12 rebounds in the win, was left standing outside with a pizza box in his hands after the team bus had left.

Why are you ruining pizza, #JeffTeague?https://t.co/sHSr1AVAHV

Teague, who was an All-Star last season for the Hawks, is averaging 15.0 points and 6.0 assists a game this year for the Hawks (44–30) who are in third place in the Eastern Conference standings.

The real question about Jeff Teague being abandoned is, why is he holding a pizza box sideways? What’s in there? pic.twitter.com/J67O2WAqTG

Fortunately for Teague, it appears his sister was able to pick him up.