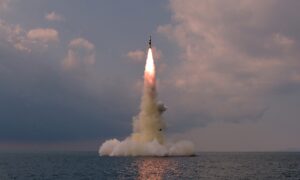 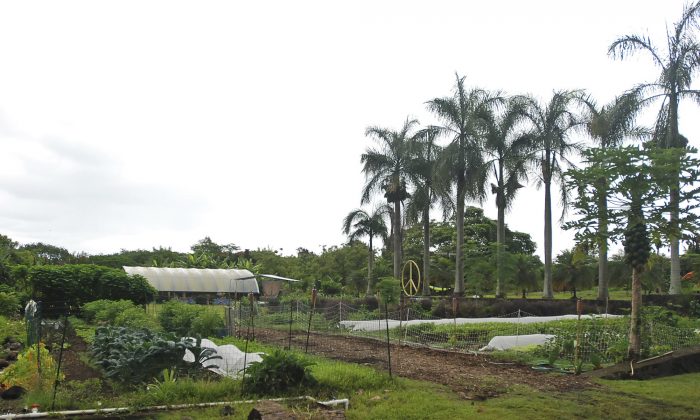 In this photo taken Monday, May, 9, 2016, rows of kale, lettuce and herbs grow at Green Rows Farm in Waimanalo, Hawaii. Sean Anderson, founder of the farm, hopes to take advantage of a bill passed by the Hawaii Legislature which sets up tax breaks for farmers to offset the cost of becoming certified as organic by the U.S. Department of Agriculture. (AP Photo/Cathy Bussewitz)
Asia & Pacific

He creates his own compost and fertilizers, and doesn’t use chemicals. But he’s not certified as an organic farmer because the cost of getting certification is too high.

“The margins on farming are so slim as it is that any additional cost really can make or break the success of your business,” said Anderson, founder and farm manager of Green Rows Farm.

That may change under a bill passed by the Hawaii Legislature, which sets up tax breaks for Hawaii farmers to offset the cost of becoming certified as organic by the U.S. Department of Agriculture. Hawaii is the first state to pass such a law, according to the National Conference of State Legislatures.

“Hawaii is pretty well known in agriculture policy as being in the forefront or looking at things differently,” said Doug Farquhar, director of agriculture for the National Conference of State Legislatures.

The organic foods industry in the U.S. has grown to make up about 5 percent of the total food market, and reached $39.1 billion in sales in 2014, according to the Organic Trade Association.

Farmers have long been offered subsidies for crops like corn and soybeans, but the organic industry hasn’t been widely targeted for subsidies. A federal program by the USDA offers organic farmers help covering up to 75 percent of certification costs, up to a maximum of $750. A bill was introduced in the Minnesota Legislature this year to provide unspecified grants to organic farmers to help with certification costs, but it hasn’t moved out of committee.

Under the Hawaii bill farmers could get up to $50,000 in tax credits for qualifying expenses, which include application fees, inspection costs and equipment or supplies needed to produce organic products. The state would be capped at giving out $2 million in tax breaks per year.

The cost of getting certified varies widely, ranging from a few hundred to several thousand dollars, according to the USDA. Anderson estimates it would cost him $1,000 to $1,500 per year to get and maintain certification for his three-acre farm, he said.

“If I were certified organic, I could reach a much larger audience,” Anderson said.

Rep. Chris Lee said he introduced the bill hoping to encourage a younger generation of farmers in Hawaii, where many farmers are approaching retirement age.

“We still import 80 to 85 percent of the food that we eat,” Lee said. “We have enormous potential for interruptions in our food supply, should there be a natural disaster or any issue that arises.”

The bill was pushed by the Hawaii Center for Food Safety, which has lobbied against genetically modified crops and pushed for stricter pesticide regulations on the islands.

“It is the emerging market in the U.S. for agriculture, and Hawaii has the opportunity to create a niche in that,” said Ashley Lukens, Program Director for the Hawaii Center for Food Safety. “I think people are willing to pay a premium to know that their food is grown safely…but they need that label.”

Hawaii’s organic farming bill had an unusual route through the Legislature. It was introduced late in the session as an amendment and eventually replaced an energy bill, concerning legislative observers like Tom Yamachika, president of the Tax Foundation of Hawaii.

Yamachika said the proposed tax break is unusual, because it would completely cover the certification cost.

“Usually you want the business to have some skin in the game so they have an incentive to look for the most efficient or effective ways of accomplishing what they need to,” Yamachika said. “Because if you’re not paying for stuff, there really is no reason for you to shop to get the best price.”

Gov. David Ige has not yet decided whether he’ll sign the bill, said his spokeswoman Cindy McMillan.

Hawaii may have pulled ahead in part because compared to other states, it has fewer industries competing for tax credits, Farquhar said.

“They don’t have a major tech industry, they don’t have an oil industry…it’s tourism and fishing and agriculture, whereas in California, you have so many different interests,” Farquhar said.