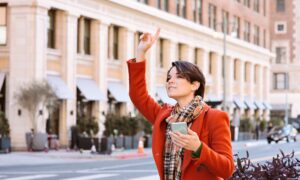 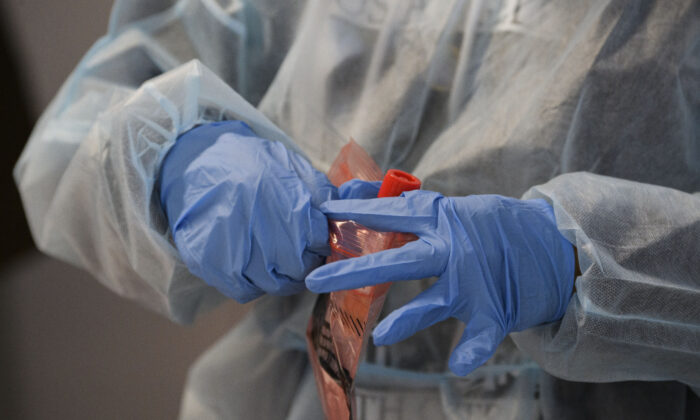 A healthcare worker places a COVID-19 nasal swab test for a traveler to Hawaii into a specimen bag during the Covid-19 pandemic at Los Angeles International Airport (LAX) in Los Angeles, Calif., on Nov. 18, 2020. (Patrick Fallon/AFP via Getty Images)
AMERICA

Hawaii Lt. Gov. Josh Green has warned that a minority of people who are unvaccinated against COVID-19 may drive the state toward another lockdown.

“It’s a small minority that is otherwise condemning society to a lockdown and potentially large-scale death,” Green, a Democrat, added, Hawaii News Now reported. “No one wants to close down businesses, no one wants to put in curfews, no one wants to curtail regular life or schools—but we have to keep people alive.”

The governor said that all ICU beds at the Hilo Medical Center are full, noting that 300 people in the state were hospitalized with COVID-19, the disease caused by the CCP virus, and of those, at least 270 are unvaccinated.

The Hilo hospital said in a Facebook post that as of Sunday, 15 individuals were hospitalized for COVID-19, of which, 13 are unvaccinated.

“The hospital is FULL. We have patients held in the ER who are waiting for a beds in the ICU and medical unit. There are communities on our island that are 30-45% vaccinated. Please join our staff, 85% vaccinated, in getting your COVID vaccine,” the post said.

Green also noted that as of Sunday, only 10 of the 68 ICU units at Honolulu’s Queen’s Hospital were available.

The governor criticized protesters who demonstrated outside his home over the weekend.

“I don’t care if people protest me. I don’t begrudge anybody’s freedom of speech. But when people behave like a mob and actually are bullying and threatening, they’re intentionally trying to make it more difficult for science to carry the day … they’re not making it any better on themselves,” he said.

“I’m probably going to be taking care of them in the hospital with my colleagues because they’re going to catch COVID,” Green added. “(T)hose very individuals are condemning everyone in society to a much larger lockdown.”

His remarks come amid a surge in cases of the more infectious Delta COVID-19 variant nationwide.

Meanwhile on Aug. 6, the Centers for Disease Control and Prevention (CDC) said that new data on the more infectious variant shows that no vaccine is 100 percent effective as fully vaccinated people are still capable of spreading the virus to others, although vaccinated people “appear to be infectious for a shorter period.”

The CDC added that breakthrough infections of the Delta variant seem to produce the same viral load in “both unvaccinated and fully vaccinated people,” bringing into question whether vaccine mandates are justifiable given the implications for government infringement on individual liberties.

The CDC didn’t return multiple requests for comment on the matter.

According to the CDC, as of Monday, 54 percent of Hawaii’s population are fully vaccinated against COVID-19, while 72 percent have been vaccinated with at least one dose.

On Sunday, Rep. Steve Scalise (R-La.) in an interview on CBS News’ “Face The Nation” urged encouragement and education for vaccine hesitancy, not “shaming,” saying that it causes division.

“What we need to do is be encouraging people to get vaccinated, not trying to shame people that are unvaccinated,” the Republican congressman said.