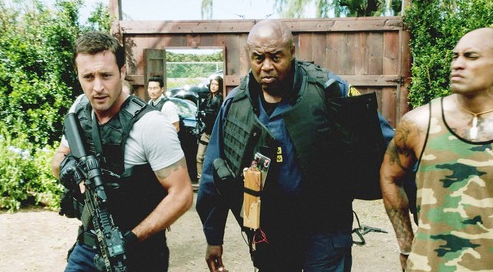 The Hawaii Five-0 season 4 will wrap up on May 9 with the finale.

Ian Wright (Nick Jonas) returns, and kidnaps Grover’s daughter. The official description says that Grover is then forced to help steal $100 million in order to get her back.

He starts off the season looking at what McGarrett’s doing as being unorthodox, and it’s everything he hates in a cop,” Lenkov told TVGuide. “Now, Grover’s put into a situation where he’s got to act the same way. I think he sort of learns a lot about himself and gains a new respect for McGarrett.”

Wo Fat (Mark Dascascos) also escapes from prison and heads back to Oahu. His return will be featured in a pivotal scene.

“The end is going to be a big shocker,” Lenkov said. “And I don’t think anybody is going to see it coming,”

Due to strong ratings, Hawaii Five-0 has already been renewed for a season 5.

The premiere date for the new season hasn’t been announced yet.