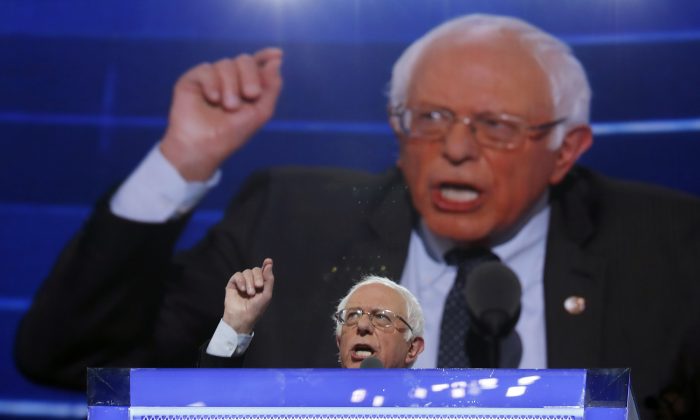 However, Clinton has delegates needed for roll call
By The Associated Press

A Hawaii congresswoman has nominated Bernie Sanders for president at the Democratic convention.

In response to the move by Tulsi Gabbard, Sanders’ delegates jumped to their feet in applause.

Gabbard was one of Sanders’ major backers during his primary campaign.

She called the Vermont senator’s campaign “a movement of love,” and added that “it can never be stopped or defeated.”

The Democratic convention is beginning Tuesday afternoon with the nomination of candidates for the party’s presidential nomination.

Later Tuesday, Maryland Sen. Barbara Mikulski will nominate Hillary Clinton, who has the delegates needed to win in the roll call vote to follow.

“Because this movement is a fueled by love, it can never be stopped or defeated. Now on behalf of millions inspired by aloha, determined to seek a future reunited in love, passion and justice for all,” Gabbard said in her speech. “I am truly honored to nominate Bernie Sanders for president.”

And no surprise here: Sanders is getting his brother’s vote at the Democratic National Convention.

Larry Sanders says he’s casting that vote with what he calls “enormous pride.”

Larry Sanders addressed the convention during the roll call of states — and he was speaking as a member of the Americans Abroad delegation. Larry Sanders lives in Britain.

He appeared to be emotional — and said their late parents would have been proud of the Vermont senator’s accomplishments.