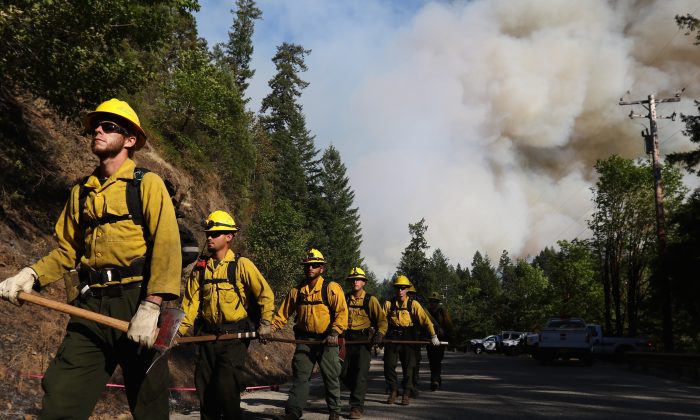 FILE--In this July 28, 2015 file photo, Department of Forestry firefighters prepare for work at the Cable Crossing Fire near Glide, Ore. The National Interagency Coordinating Center is releasing its report on the outlook for the 2016 summer wildfire season nationwide. (Michael Sullivan/The News-Review via AP, file) MANDATORY CREDIT
US

Fire forecasters say Hawaii, Alaska and the Southwest will face an increased threat of wildfires this summer.

The National Interagency Fire Center released its outlook for the spring and summer on Sunday. It says most of the country will face normal or below-normal wildfire problems.

The national fire center says Hawaii could face above-average wildfire potential from May through August after a drought intensified last month.

In the Southwest, an increased threat of wildfires is expected in Arizona and New Mexico early this season, later shifting north and west into California and Nevada.

The outlook says south-central Alaska will vulnerable in May, but conditions should improve after that.