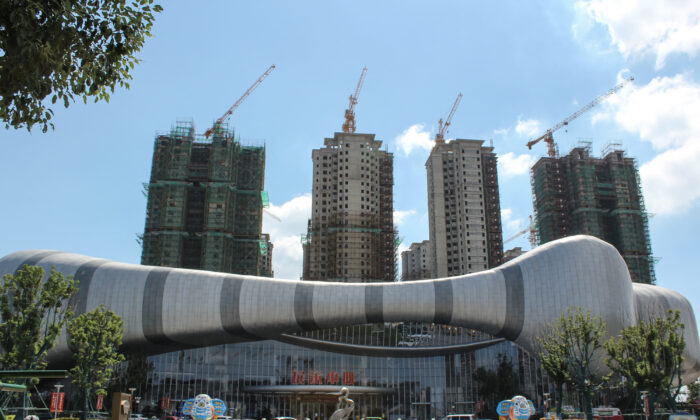 This is the first article of a two-part series on the growing risks of China investment.

U.S. companies renewed their investments in China in the latter half of the 20th century once President Richard Nixon opened diplomatic relations with the country in 1972.

For 40 years, after Congress excepted China from the rules otherwise required for Most Favored Nation (“MFN,” now “normal trade”) status and granted it to China, U.S. policymakers have hoped that foreign direct investment (FDI) and other elements of a market economy would “grow the seeds of democracy.”

But nearly two generations after opening America’s doors and pocketbooks to Chinese exports and FDI, an intransigent Chinese Communist Party (CCP) has retained a firm grip on power over the Laobaixing, “Old Hundred Names”; the average Chinese “man in the street.” Democracy is really no further along in China after 40 years than it was during the Cultural Revolution.

We realize now China is not the malleable enterprise that we thought we could remake into a Western-style democracy. And as we realize our naive mistake, investors are souring on our old view of China as a trading partner.

That realization will likely have a significant negative effect on investors’ risk calculus, as will changes within China itself and heightened concerns about supply chain resiliency for goods originating there.

The ratings for NBC’s Winter Olympics this year were the worst in history. In the influential Washington and New York media markets, a group called “Consumers Research” is running TV ads excoriating BlackRock fund manager Larry Fink for his multiple investments in China.

Americans and Europeans learn of the CCP’s horrific forced organ harvesting, its genocide against the Uyghurs and Falun Gong, and its persecution of Roman Catholics and other people of faith almost daily.

We see the Chinese regime’s recurrent incursions into Taiwan’s air defense identification zone, and its rapid build of multiple amphibious assault ships as clear signals of its intention to invade the Republic of China (ROC, Taiwan’s official name), a notion as repugnant to America and other democratic nations as Russia’s current invasion of Ukraine.

China’s aging demographics, exacerbated by the CCP’s rigidly, brutally enforced one-child policy from 1980 to 2016, will likely produce labor shortages. And China’s pension schemes are in such disarray that the CCP is pushing to raise the retirement age, and to shift to a national pension system from its provincial system so that better-funded provincial pension schemes can subsidize those that cannot meet their obligations.

Supply chain resiliency became of considerable concern during the pandemic, when the risks for supply chains for critical products, like pharmaceuticals and personal protective equipment, were exposed. China’s robust industrial policy to monopolize production in those sectors has largely succeeded in making foreign competition virtually non-existent.

The shortages during the pandemic, as well as the costly blockages of the Suez and Panama canals, is causing many companies to “rethink” their sourcing. Even independent Amazon sellers, for example, who fulfill their sales via Amazon (for example, “Fulfillment by Amazon” or “FBA”) have alternative fulfillment sources outside China.

China is an economic and geopolitical competitor. It has explicitly stated its hope to surpass the United States by 2050. Even if that does not happen, it certainly seeks to end U.S. hegemony in the western Pacific and the Indian Ocean. The CCP most certainly intends to take over control of the ROC, as it has repeatedly asserted the fiction that Taiwan is “part of China.”

Foreigners who have bet on the CCP becoming a Western-style governmental steward of their investments have seen those hopes dashed multiple times, from Alibaba to Evergrande, to municipal finances. China’s beta—its risk to investors relative to alternative investments—has grown exponentially in the last several years.

Moreover, China’s failure to adopt and enforce International Financial Reporting Standards in its commercial sector (as of 2018, only 30 percent of Chinese companies had)—so commonplace among Western businesses—greatly exacerbates the risk. Companies may be hiding non-performing loans, foreign creditors may find their debts held “Zombie” banks, or that their suppliers have no ability or intention to fulfill contracts.

All this should make foreign investors view China through increasingly jaundiced eyes.

But it should also encourage policymakers in the United States, the European Union, and the democracies of the western Pacific to implement trade and industrial development strategies to ameliorate the economic and geopolitical risk—as well as the potentially belligerent interests of China—inherent in doing business with the CCP.

We’ll talk about those strategies in the second part of this series.