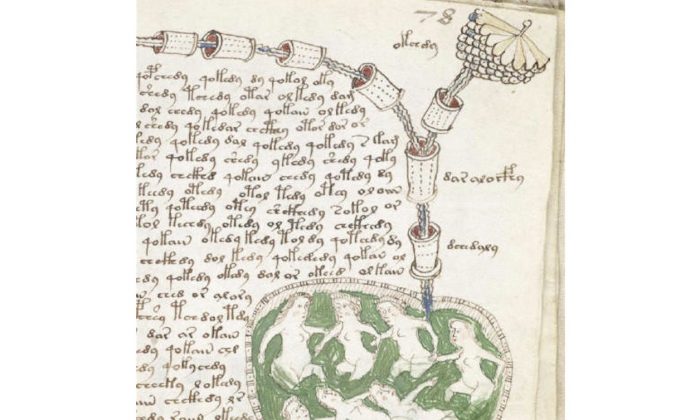 Have Botanists Unlocked the Secret of the Mysterious Voynich Manuscript?

The Voynich Manuscript has long been a subject of fascination. It presents beautiful illustrations of people and plants, and a cryptic cipher that has for long gone unsolved.

The Voynich Manuscript, of unknown author and origin, is an old book filled with hand drawn and elaborate images of stars, plants, and alchemical secrets. It is an encyclopedic work, but the content of the calligraphic passages have never been translated or understood.

Now, botanical and horticultural researchers report they may have made a breakthrough towards deciphering the mysterious coded tome.

Long thought to have its origins in Europe due to being recovered from inside a dusty chest in an ancient castle in Italy, the illustrations are leading one botanical authority to instead draw upon ancient central America and Mexico for answers.

According to DigitalJournal.com, the American Botanical Council has published a revolutionary analysis comparing the illustrations from the Voynich Manuscript to post-conquest Mexican manuscripts:

Dr. Tucker — botanist, emeritus professor, and co-director of the Claude E. Phillips Herbariumat Delaware State University — and Mr. Talbert, a retired information technologist formerly employed by the US Department of Defense and NASA, decided to look first at the botanical illustrations in the Voynich Manuscript and compare them to the world’s geographic plant distribution at the time of the manuscript’s first recorded appearance (ca. 1576-1612). The similarities between a plant illustrated in the Voynich Manuscript and the soap plant depicted in the 1552 Codex Cruz-Badianus of Mexico — considered the first medical text written in the New World — propelled the authors down a path leading to the identification of 37 plants, 6 animals, and 1 mineral in the manuscript from the Americas — specifically, from post-Conquest Nueva España (New Spain) and the surrounding regions.
Source

While the text remains undeciphered, the illustrations of New World plants have now given researchers and cryptographers a hint that may crack the code.

Dr. Wendy Applequist, associate curator of the Missouri Botanical Garden’s William L. Brown Center, has said “At minimum, this offers new leads for decipherment efforts; ultimately, if text relating to Central American ethnobotany can be retrieved from the manuscript, its historical significance will be extraordinary.” Source

This article was originally published at Red Ice Creations

Red Ice Creations is an independent radio program and news website that examines a wide variety of topics, covering subjects like conspiracies, esoteric knowledge, symbolism, geo-politics, the origins of civilization, and the occult.www.redicecreations.com