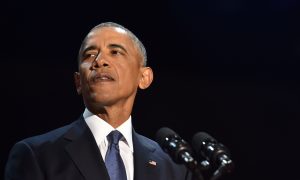 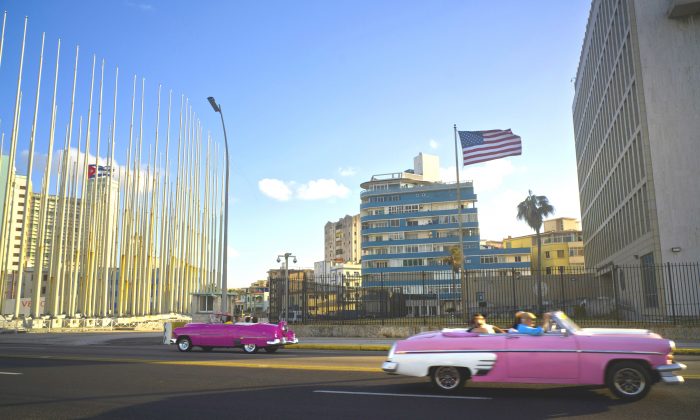 Average Cubans and opponents of the island’s communist leaders said they expected pressure for reform to increase with the elimination of a mechanism that siphoned off the island’s most dissatisfied citizens and turned them into sources of remittances supporting relatives who remained on the island.

The repeal of the “wet foot, dry foot” policy went into effect immediately after a Thursday afternoon announcement. It followed months of negotiations focused in part on getting Cuba to agree to take back people who had arrived in the U.S.

Cubans fearful of an imminent end to a special immigration status bestowed during the Cold War had been flocking to the United States since the Dec. 17, 2014 announcement that the U.S. and Cuba would re-establish diplomatic relations and move toward normalization. About 100,000 left for the United States after the declaration of detente, many flooding overland through South and Central America and Mexico in an exodus that irritated U.S. allies and other immigrant groups and spawned bitter complaints from the Cuban government.

Obama is using an administrative rule change to end the policy. Donald Trump could undo that rule after becoming president next week. He has criticized Obama’s moves to improve relations with Cuba. But ending a policy that has allowed hundreds of thousands of people to come to the United States without a visa also aligns with Trump’s commitment to tough immigration policies.

“This was bound to happen at some point,” said Havana taxi driver Guillermo Britos, 35. “It could impose a more normal dynamic on emigration, so that not so many people die at sea, but it could also take an escape valve away from the government, which was getting hard currency from the emigrants.”

President Bill Clinton created the “wet foot, dry foot” policy in 1995 as a revision of a more liberal immigration policy that allowed Cubans caught at sea to come to the United States become legal residents in a year.

The two governments have been negotiating an end to “wet foot, dry foot” for months and finalized an agreement Thursday.

“Effective immediately, Cuban nationals who attempt to enter the United States illegally and do not qualify for humanitarian relief will be subject to removal, consistent with U.S. law and enforcement priorities,” Obama said in a statement. “By taking this step, we are treating Cuban migrants the same way we treat migrants from other countries. The Cuban government has agreed to accept the return of Cuban nationals who have been ordered removed, just as it has been accepting the return of migrants interdicted at sea.”

A decades-old U.S. economic embargo, though, remains in place, as does the Cuban Adjustment Act, which lets Cubans become permanent residents a year after legally arriving in the U.S.

Under the terms of the agreement, Cuba has agreed to take back those turned away from the U.S., if the time between their departure from Cuba and the start of deportation hearings in the U.S. is four years or less. Officials said the timeframe is required under a Cuban law enacted after Congress passed the Cuban Adjustment Act.

Officials said the changes would not affect a lottery that allows 20,000 Cubans to come to the U.S. legally each year.

But Cubans who had left their homeland and were trying to reach U.S. soil when the decision was announced lamented the policy change.

“It has fallen on us like a bucket of water because were never thought that at this point and with so little time before Obama leaves office that his government would make this horrible decision,” said Eugenia Diaz Hernandez, a 55-year-old Cuban in Panama whose voyage with her daughter and granddaughter had taken her through Guyana, Brazil, Peru, Ecuador and Colombia. “We are adrift.”

Relations between the United States and Cuba were stuck in a Cold War freeze for decades, but Obama and Cuban Dictator Raul Castro established full diplomatic ties and opened embassies in their capitals in 2015. Obama visited Havana last March. Officials from both nations met Thursday in Washington to coordinate efforts to fight human trafficking.

Obama said the Cuban Medical Professional Parole Program, which was started by President George W. Bush in 2006, is also being rescinded. The measure allowed Cuban doctors, nurses and other medical professionals to seek parole in the U.S. while on assignments abroad. The president said those doctors can still apply for asylum at U.S. embassies around the world.

People already in the United States and in the pipeline under both “wet foot, dry foot” and the medical parole program will be able to continue the process toward getting legal status.

Anti-Castro Cubans in Miami were mixed in their responses, with some expressing anger at Obama for what they called another betrayal of ordinary Cubans. Others said they thought the measure would increase pressure for change in Cuba.

“People who can’t leave, they could create internal problems for the regime,” said Jorge Gutierrez, an 80-year-old veteran of the Bay of Pigs invasion. But he added, “From the humanitarian point of view, it’s taking away the possibility of a better future from the people who are struggling in Cuba.”

Rep. Illeana Ros-Lehtinen, a Florida Republican who emigrated from Cuba as a child, decried the elimination of the medical parole programs, calling it a “foolhardy concession to a regime that sends its doctors to foreign nations in a modern-day indentured servitude.”