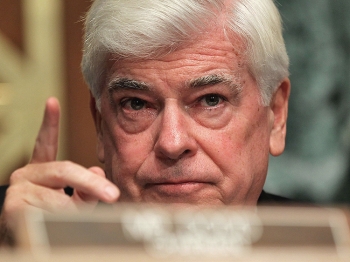 Heide B. Malhotra
View profile
Follow
biggersmaller
Print
Despite American workers still losing their jobs and companies holding back on hiring those out of work, executives are hauling in large paychecks.

“But they are not investing to expand their companies, grow the real economy or create good middle-class jobs. Corporate CEOs are literally hoarding their company’s cash—except when it comes to their own paychecks,” according to the AFL-CIO on its Executive Paywatch website.

Companies retrenched another 118,523 employees through 1,286 mass layoff actions, involving at least 50 workers per company during March, according to an end-of-April Bureau of Labor Statistics press release.

The above retrenchment numbers must be taken with a grain of salt as one should consider the nation’s total layoff numbers. These numbers don’t include layoffs in smaller companies and in those where less than 50 people received a pink slip. Yet the nation’s unemployment rate has not changed and still hovered around 8.8 percent in March 2011, the same percentage as during the prior month.

“U.S. corporations held a record $1.93 trillion in cash on their balance sheets [in 2010]. A lack of business investment is one reason that more than 14 million Americans remain unemployed,” accused an article on the AFL-CIO website.

According to Equilar, the overall executive pay package consisted of about 38 percent in stocks and around 27 percent in other bonuses last year.

“Compensation for CEOs has returned to levels we haven’t seen since before the economic crisis,” said Doug Friske, head of executive compensation consulting at Towers Watson, a global professional services consulting firm, in a recent press release. Surprisingly, almost all stockholders, or at least the majority, were in favor of the proposed executive pay for any particular company.

“It appears that most companies are getting it right in terms of their executive pay practices. … Shareholders and other constituents are watching closely. … Perspectives and priorities can change quickly, and there’s no room for complacency,” said Friske in the press release.

Getting Down to the Nitty Gritty

“Overall, CEOs of the 299 companies in the AFL-CIO Executive PayWatch database received a combined total of $3.4 billion in pay in 2010, enough to support 102,325 jobs paying the median wages for all workers,” according to the article on the AFL-CIO website.

Philippe P. Dauman, president and CEO of Viacom Inc., the highest-paid CEO, received $85 million in remuneration in 2010, which did not include a bonus, but stock ($42 million) and option ($29 million) awards, non-equity incentive plan compensation ($11.3 million), and some other type of earnings, according to the AFL-CIO.

In comparison, a minimum wage worker would have to work for 5,604 years, a median worker 2,546 years, and President Barack Obama 211 years to come close to that amount.

The Dodd-Frank Act forces public companies to give shareholders a say on executive pay. Alas, it is nonbinding, giving the company the right to ignore shareholder wishes and allowing a company’s board to do as it wishes.

Not only that, it “also gives the SEC [U.S. Securities and Exchange Commission] the authority to exempt companies or classes of companies from the ‘say on pay’ requirements,” according to law firm Pillsbury Winthrop Shaw Pittman LLP.

There are other conditions, including a clawback requirement, which requires executives to return a portion of their pay under certain circumstances, including when material noncompliance with financial reporting requirements is found.

“But CEOs are pushing back. They particularly dislike the requirement that companies disclose to investors the pay disparity between the CEO and the typical worker,” according to the article on the AFL-CIO website.