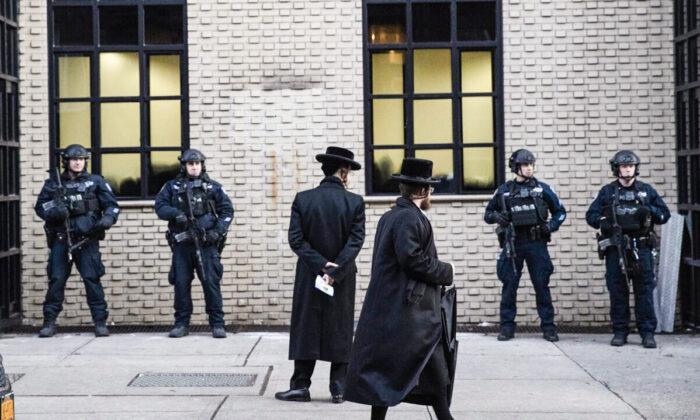 Hate Crimes in US, Including on Houses of Worship, Increasing, FBI Says

Hate crimes in the United States could surpass last year’s surge in attacks nationwide, with a rise in hate incidents targeting Houses of worship, from Jewish synagogues and Catholic churches to Muslim Mosques and Buddhist temples.

According to Axios, the number of hate crime incidents reported nationwide this year could exceed 2020’s figures when the FBI said that domestic hate crimes in the United States rose to the highest level in more than a decade.

Updated FBI data released on Tuesday shows that last year, there were 8,052 single-bias incidents involving 11,126 victims, 13.3 percent of whom were targeted because of the offenders’ religious bias.

Houses of worship across several faiths are also experiencing high levels of arson, vandalism, and other forms of destruction. Since May last year, there have been at least 100 acts of hate recorded against Catholic sites in the country, the U.S. Conference of Catholic Bishops (USCCB) said on Oct. 14.

“These incidents of vandalism have ranged from the tragic to the obscene, from the transparent to the inexplicable,” the chairmen of the USCCB’s religious liberty and domestic policy committees said in a joint statement. “There remains much we do not know about this phenomenon, but at a minimum, they underscore that our society is in sore need of God’s grace.”

The chairmen called on officials “to step forward and condemn these attacks.”

In May, U.S. Attorney General Merrick Garland in a memo directed the U.S. Depart of Justice (DOJ) to boost funding and make available resources to states and municipalities to probe hate incidents. He also directed prosecutors to ramp up both criminal and civil investigations into such attacks.

“Hate crimes and other bias-related incidents instill fear across entire communities and undermine the principles upon which our democracy stands,” Garland said at the time. “All people in this country should be able to live without fear of being attacked or harassed because of where they are from, what they look like, whom they love, or how they worship.”

The DOJ on its website lists a number of high-profile hate crime case examples, including a New York man who was arrested and charged with setting fire to a yeshiva (a Jewish school) and synagogue on May 19, 2021.

Ali Alaheri, 29, was caught on security footage piling and igniting garbage bags next to a Brooklyn building that housed a yeshiva and a synagogue. Hours later, surveillance footage showed him repeatedly punching a man wearing traditional Hasidic garb. The Justice Department noted that there was no interaction between the Alaheri and the victim prior to the attack.

If convicted, Alaheri faces a mandatory minimum five-year prison sentence and a maximum of 20 years’ imprisonment.