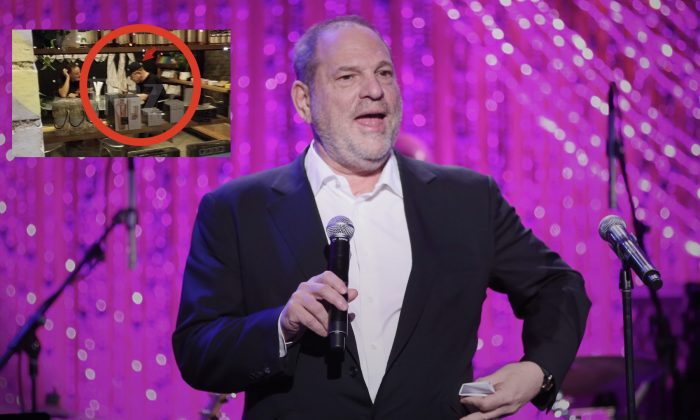 Despite donning a blond wig to disguise his identity, disgraced Hollywood mogul Harvey Weinstein was spotted in a Phoenix restaurant on Thursday, Nov. 3, reported TMZ.

Weinstein, who faces numerous sexual harassment, sexual assault, and rape allegations, was seen at Chestnut Fine Food & Provisions along with a male companion. He was wearing a blond wig, orange makeup and a baseball cap, according to the report.

Harvey Weinstein, who could be arrested any day for a rape in NYC, donned a disguise at dinner in Phoenix.https://t.co/51yOwQkZyh

The film executive is said to have completed outpatient therapy in Phoenix following numerous sex crime allegations that led to his dismissal from his own film production company and expulsion from the Academy of Motion Picture Arts and Sciences.

The New York Police Department announced on Friday, Nov. 3, that a rape accusation brought by actress Paz de la Huerta against Weinstein was “credible” and are gathering evidence before pursuing an arrest warrant.”

The Manhattan District Attorney’s Office said an investigation into the alleged incidents is ongoing and a prosecutor has been formally assigned to the case, according to CNN.

Weinstein has denied all accusations of non-consensual sex and as of yet, no charges have been brought against him.