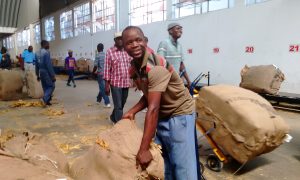 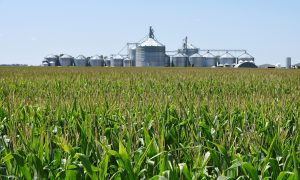 Big US Farms Get Even Bigger Amid China Trade War
0 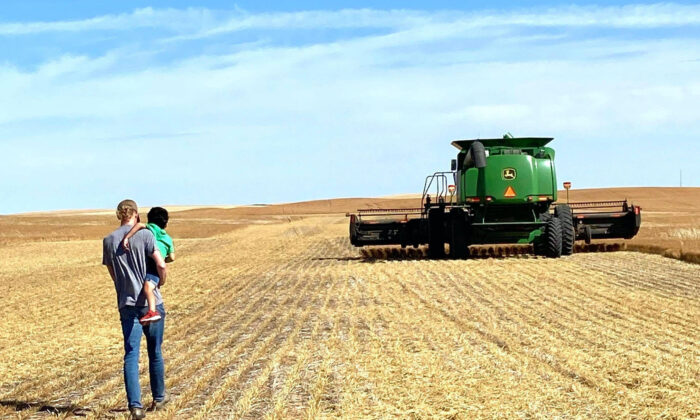 Harvest Time: A Tradition of Generations

Farmers across Canada are busy with harvest in an annual tradition that spans generations. Strong ties to the land and the draw of rural life help them face constant changes in weather, markets, and technology.

Douglas Davidson’s farm is an hour’s drive south of Swift Current, Saskatchewan, and north of Val Marie. He began farming in 1968, making this his 53rd harvest.

“The durum wheat quality was excellent, very good quality, the best we’ve had for a number of years. And the yield was good,” Davidson says. “And we feel that the lentils and chickpeas—the quality seems to be good, but the yield is poor.”

High temperatures and strong winds lowered potential yields in the month prior to harvest before the chill of fall struck early.

“We had a pretty heavy frost last night, so I think anything that was green, it should mature out pretty quick now,” he says. “It’s a land of extremes. It’s either the hottest place or the coldest place.”

In June, India dropped temporarily its tariffs on Canadian lentils from 30 percent to 10 percent—a move Davidson hopes will remain.

“That should reflect somewhat better prices, we’re hoping,” he says.

Davidson’s grandparents John and Agnes homesteaded in 1914, bringing their one-year-old daughter Ann with them. She lived long enough to witness her nephew Doug receive an award to mark the family’s 100 years on the farm in 2014

“Now our small towns are virtually non-existent and we just have the odd service centre like Swift Current. That’s the most dramatic difference. But the technology as well is just beyond compare to the way it was,” Davidson says.

The story is similar a three-hour drive north at D’Arcy, Saskatchewan, where Nathanael Burlando farms with his father-in-law Ken Wallis.

“It’s going, it’s farming,” Burlando says of this year’s harvest. “We’re about two-thirds done. We did all the lentils and they were average yield but stood up nice. We’re on cereals and I would say they’re average [yields] and really nice quality.”

Half of the family’s canola crop is in the bin, but Burlando is wondering what might have been. A week of hot and windy mid-summer days “fried the top of the plant right off,” leaving fields that looked great but without the yield to match.

“It was shockingly disappointing, like actually physically made me sick. It felt like someone kicked me in the guts. Yeah, kind of a bummer.”

“I was a total city boy. Well, they said move to Saskatchewan, there’s a beautiful woman behind every tree,” he jokes. Trees were rare on prairie lands. “I got my NAFTA wife!”

The young couple spent two years on the farm before they moved to Seattle. Within a month, Burlando realized how much he hated traffic jams and missed hunting. He finished his apprenticeship in cabinet making and returned to the farm.

“The day I got my journeyman’s certificate from my boss, he shook my hand and I gave him my resignation. We just realized there was no way we could afford to raise a family down there and have Carla be at home.”

In August, Burlando and his father-in-law joined neighbours in a seven-combine harvest of red lentils on behalf of the Canadian Foodgrains Bank, which alleviates world poverty. The pandemic has had a silver lining for Canadian farmers, driving up demand for wheat.

“Almost every country is mandated legally to have a strategic grain reserve in case of things like this. And so Haiti used theirs up and never replenished it and so did Belize,” Burlando says. “A lot of these countries are having to buy a lot of wheat to replenish.”

September rains and cool temperatures may have hampered the harvest in Manitoba, but Kent Loewen says, “We are about right on schedule.” He has combined all the barley from his fields northeast of Brandon and started on canola.

“Yield of barley was less than I was hoping for, mainly due to too much rain at the wrong time. Rained a few days after seeding so it struggled pretty much from day one … lots of drowned out spots or thin,” Loewen says.

A tornado swept through the final Sunday of June, dropping seven inches of rain on the Loewen farm, though some farmers north of him got 16 inches. Flea beatles also nibbled his canola.

Adversity is nothing new for Loewen. The 47-year-old got out of cattle after BSE “mad cow” disease shut down Canadian exports in 2002. With time on his hands, he started Moore Park Model Works which sells toy replicas of farm trucks and machinery.

“I live at Moore Park, or what’s left of it. But the elevators are gone and only two original houses remain with five additional new ones again,” he says.

“Dad wishes Grandpa could just get a glimpse of how farming has changed since threshing machine crews,” Loewen adds.

“I am 47 and I can remember seeing some of the last old machines and the progression. With everyone all scared about the COVID thing, we hung around home for the summer and went museum wandering to see some of the old way of life.”

Loewen has a 2014 combine, “but we keep the 2003 around just so Dad can help out.” He hopes his sons Kyle and Benji will become fourth-generation Manitoba farmers.