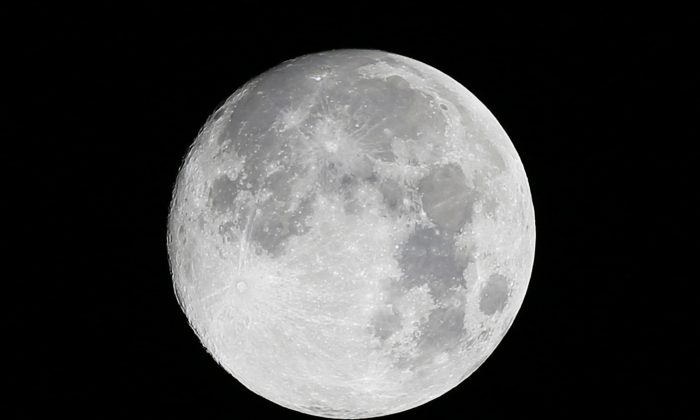 The early Harvest Moon is also a supermoon.

A supermoon is when the moon orbits closer to Earth than usual and thus appears bigger.

Because of how close the supermoon is, it can appear as much as 14 percent larger in the sky and 30 percent brighter to our eyes than normal moons.

A Harvest Moon is the full moon that’s closest to the autmunal equinox and can come anywhere from two weeks prior to two weeks after the equinox, according to Earthsky.

The autumnal equinox comes to the Northern Hemisphere this year on September 23.

“It’s special because, at this time of year in the Northern Hemisphere, the time between successive moonrises – from one night to the next – is shorter than usual. But this year, 2014, the Harvest Moon is a bit bigger than usual … because it’s a supermoon.”

The full moon phase will start on September 8 at approximately 9:38 p.m. EDT.

A Harvest Moon has traditionally referred to when the moon rises earlier and provides an abundance of bright moonlight in the evening, adds the Farmer’s Almanac.

“Around the date of the Harvest Moon, the Moon rises at almost the same time for a number of nights in our intermediate northern latitudes. Why is the Harvest Moon different? Well, remember that the zodiac is the band of constellations through which the Moon travels from night to night. The section of the zodiac band in which the full Moon travels around the start of autumn is the section that forms the most shallow angle with the eastern horizon,” it said.

“Because the Moon’s orbit on successive nights is more nearly parallel to the horizon at that time, its relationship to the eastern horizon does not change appreciably, and the Earth does not have to turn as far to bring up the Moon. Thus, for several nights near the full Harvest Moon, the Moon may rise as little as 23 minutes later on successive nights (at about 42 degrees north latitude), and there is an abundance of bright moonlight early in the evening, a traditional aid to harvest crews. By the time the Moon has reached last quarter, however, the typical 50-minute delay has returned.

“By contrast, the full Moon near the start of spring is in the section of the zodiac that has the steepest angle with respect to the eastern horizon, and the opposite applies. For several days bracketing the full Moon nearest the vernal equinox, the delay in moonrise is as much as 75 minutes (at 42 degrees north latitude).”