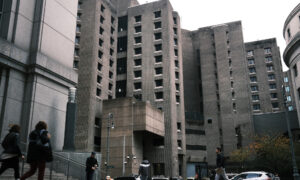 After recent criticism over its financial ties with Jeffery Epstein, Harvard University announced that it is donating the remainder of the money gifted by the convicted sex offender to charities that help sex crime victims.

Harvard’s president Lawrence Bacow confirmed the decision in a statement, saying that the unspent $200,937 from Epstein’s donation would be divided equally between two non-profit groups: My Life My Choice, in Boston, and Girls Educational and Mentoring Services, in New York.

“These organizations support victims of human trafficking and sexual assault, and Harvard is proud to support their important and valuable work,” Bacow wrote.

An earlier review (pdf) of Epstein’s connection to Harvard found that he gave $9.1 million to the university between 1998 and 2008 to “support a variety of research and faculty activities.” Bacow emphasized in his statement that the according to the review, Harvard did not receive any gifts from Epstein after 2008, when he was convicted by a Florida state court of procuring a minor for prostitution.

The review noted, however, that Epstein maintained close ties with Martin Nowak, a math professor and director of the Program for Evolutionary Dynamics, which was founded in 2003 with Epstein’s gift of $6.5 million. Nowak gave Epstein an office at the program’s building in Harvard Square and circumvented campus security rules to grant Epstein “unlimited” access to the facility, allowing him to visit more than 40 times between 2010 and 2018.

The review also found that several other Harvard professors solicited Epstein for personal funds. Some admitted that they visited Epstein at his various homes in New York, Florida, New Mexico, and the Virgin Islands, and traveled on one of his planes. Some even visited him while he was still serving time in jail.

Harvard’s general counsel Diane Lopez, who oversaw the review, also revealed that some faculty members made several attempts to resume donations from Epstein after his conviction.

“In 2008, shortly after taking office as President, Drew G. Faust was asked to consider a new gift from Epstein,” wrote Lopez (pdf). “Though she had not heard of him at the time, after she was briefed on the nature of the allegations against him, she determined that Harvard should no longer accept gifts from him.” The same request was brought in 2013 to then-Dean of the Faculty of Arts and Sciences, Michael D. Smith, who reportedly made the same decision as Faust.

“The report issued today reveals institutional and individual shortcomings that must be addressed,” Bacow wrote. “Not only for the sake of the university but also in recognition of the courageous individuals who sought to bring Epstein to justice.”