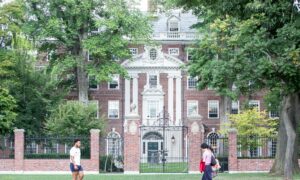 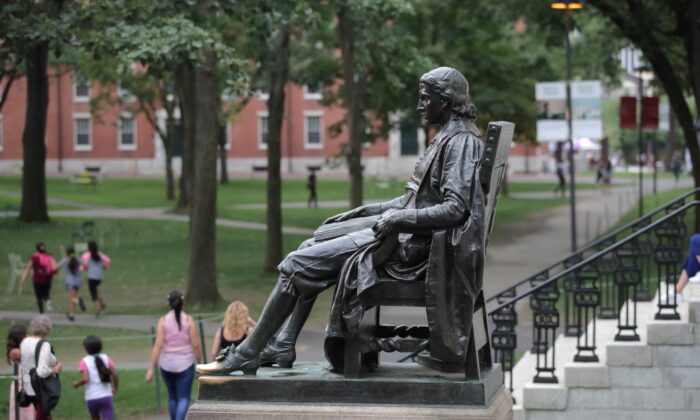 The statue of John Harvard sits in Harvard Yard at Harvard University in Cambridge, Mass., on Aug. 13, 2019. (AP Photo/Charles Krupa)
US News

As nearly every school in the United State has converted all academic activities online, Harvard University is telling professors that they should trust that their students won’t cheat on their exams when in-person proctoring is no longer available.

Although Harvard’s Office of Undergraduate Education (OUE) has developed a proctoring protocol, it does not recommend professors host proctored exams. Instead, the OUE encourages the instructors to modify exam formats so that students may take those exams without having to set up a web camera or install third-party anti-cheating software on their devices.

“Because exams are already stressful for students and using technology to proctor closed-book, timed exams adds additional stress, we advise that you modify your exams to allow them to be taken without proctoring,” an OUE guide (pdf) reads. “If you feel the integrity of your course depends on a closed-book exam, keep the technology as simple as possible.”

The guide also asks professors to “trust and collaborate with your students” and advises them to rely on Harvard’s Honor Code for a closed-book exam.

A number of Harvard professors decided to shift to open-book exams, allowing students to refer to their textbooks and notes while taking exams, according to student newspaper Harvard Crimson.

“In my experience, the vast majority of students at Harvard demonstrate very high levels of academic integrity,” economic professor Robert N. Stavins told Harvard Crimson. “Making the exam closed-book at remote settings, without opportunities for monitoring and enforcement, could lead to inequities among students.”

“Aside from the technical challenges of making sure that that software ran for everybody on their home computers no matter where they are, I just didn’t think it was appropriate to sort of introduce that level of intrusion of technological intrusion into the test taking process,” Foote told Harvard Crimson, adding that he chose to rely on Harvard’s Honor Code in trusting students not to consult with others about their exam answers.

“In International Relations, when people talk about arms control, they sometimes say ‘Trust but verify,'” said Chaudoin. “The same applies here. We have to trust the students, and the online exam tools give us a partial way to monitor things.”