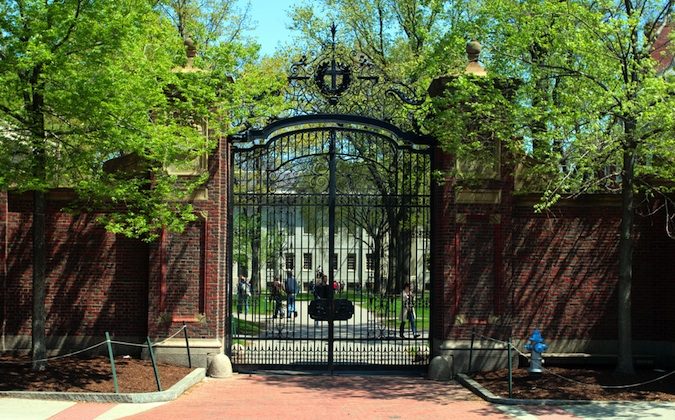 Four buildings at Harvard University were evacuated on Dec. 16 after unconfirmed reports that explosives had been placed near those buildings. (*Shutterstock)
US

Harvard on Lockdown: 4 Buildings Evacuated After Reports of Explosives

At 9:27 a.m., the university released an update via Twitter. “Alert: Reports of bombs placed on campus are unconfirmed. There have been NO reports of explosions. View for updates,” the alert reads.

The Science Center as well as Thayer, Sever and Emerson Halls were the four buildings in question. They were evacuated, and according to the Boston Globe, the Science Center was closed off.

The Harvard Crimson newspaper posted a photo to Twitter, showing throngs of students gathered in Annenberg Hall after the evacuation.

Some students’ final examinations were canceled as a result of the threat.

Check back for updates as the story develops.

Last month, Yale University in Connecticut–also an Ivy League school like Harvard–was placed on lockdown after an anonymous caller said his roommate was armed and was going to shoot people on campus. Officials were unable to locate a gunman.

In early November, Central Connecticut State University was placed on lockdown after people reported that they saw an armed man on campus. Police said the suspect in the case showed up on campus wearing a ninja-like Halloween costume, prompting a number of students to call 911.

CORRECTION: A previous headline for this article did not make it clear it was “reports” of explosives. We regret any confusion this may have caused.