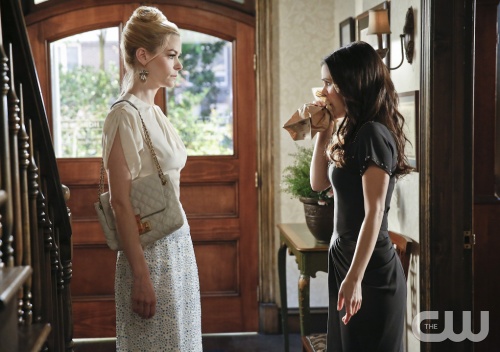 Hart of Dixie season 3 wraps up on May 16 and the CW show is renewed for a season 4.

Unfortunately for fans, the network won’t debut the next season until sometime in 2015.

A premiere date hasn’t been announced yet, and it’s tough to project an exact date because the previous three were at the beginning of the season, as opposed to midseason. It will most likely premiere sometime in January or February because most returning shows don’t premiere later than that.

The premiere date could be around January 13, when the show returned from the midseason break during season 3. It’s unclear yet whether the show will stay in the same timeslot.

Meanwhile, the next season will be set up by the season 3 finale, which includes Zoe trying to be a supportive friend to Wade and making a grand gesture, but it forces him to make tough decision about his future with the Rammer Jammer and BlueBell.

Also, Lavon and George meet their hero Don Todd, who helps them see things in their life more clearly; Grandma Bettie tries to convince Lemon that she has to take her search for a suitable husband more seriously; and AnnaBeth (Kaitlyn Black) is trying to picture her future with Davis.

No official spoilers have come out about the next season but Bustle has put together a list of some things that should happen.

For one thing, it says that Zoe and Wade should stay together and that Wade won’t be leaving Bluebelle permanently. “He belongs there with Zoe and will find it hard leaving his home and his father behind.”

Other things to watch out for: A possible victory for Lavon, who is due for one, and at least one person moving away–such as Tansy, Rose, or Brick. Check out some pictures from the finale below via The CW.