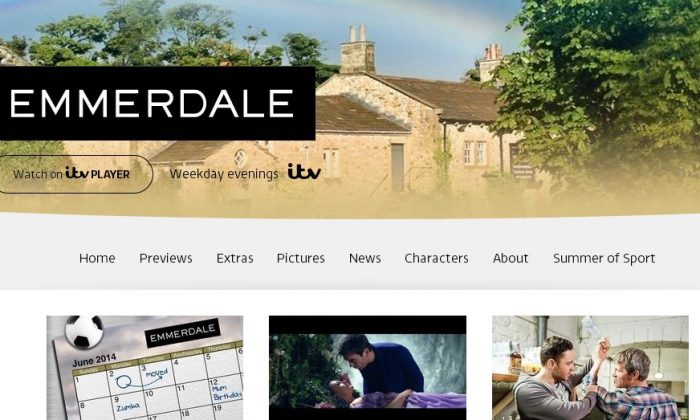 Harry Whittaker, a toddler who played Leo–the son of Marlon Dingle and Rhona Goskirk–on “Emmerdale,” has died, and the show is paying tribute to the boy.

Whittaker died last week, and he was honored at the end of the show, saying “To Harry, With Love,” reported Digital Spy.

Marlon Dingle actor Mark Charnock also tweeted out a picture of he and the lad. “Our superhero. We were lucky to know you and hear your laugh. You lit up our lives, dearest, loveliest Harry,” he captioned.

And a spokesperson for Emmerdale told Digital Spy that “very sadly we can confirm Harry Whittaker’s passing last Tuesday 1st July. We will all miss him greatly and have offered our sincerest condolences to his family at this very sad time.”

Our superhero. We were lucky to know you and hear your laugh. You lit up our lives, dearest, loveliest Harry. pic.twitter.com/HQXqaGMDhq

Leo first made an appearance on the show in 2011.

On Twitter, “RIP Harry” was trending. However, a number of people thought it was a hoax involving One Direction star Harry Styles or Prince Harry.

“RIP to little Harry who played Leo in Emmerdale,” wrote one user.

Added another: “RIP Harry Whittaker, one of two child actors to portray Leo In Emmerdale, who passed away aged 3 years on July 1st. So sad. #Emmerdale.”

Said another, “Do you realise that #ripharry is about a child who died? The entire world doesn’t revolve around 1D.”

“Ok ‘ RIP Harry ‘ is actually for a little boy who died, RIP little guy, you’re now an angel in heaven,” said another.